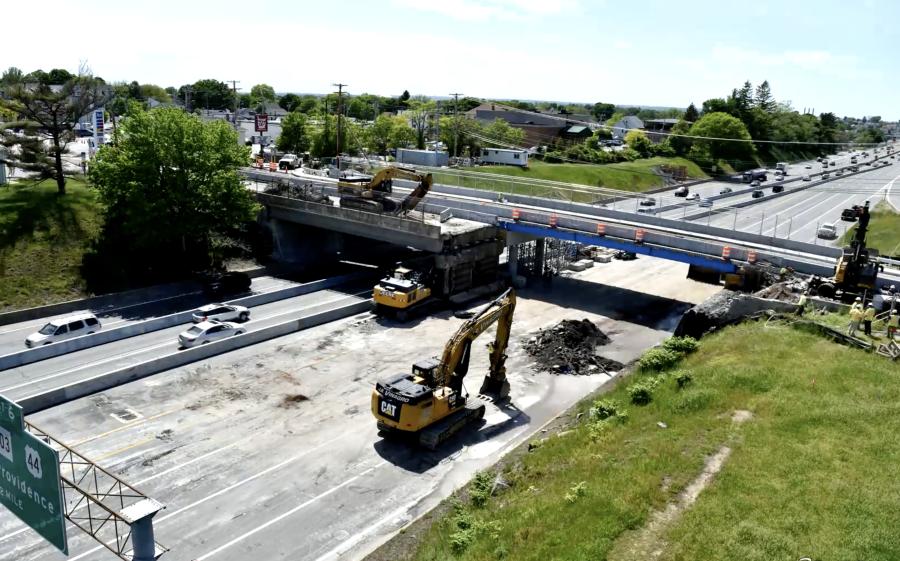 RIDOT has reopened the Pawtucket Avenue Bridge in East Providence approximately five weeks ahead of schedule.

The Rhode Island Department of Transportation (RIDOT) has reopened the Pawtucket Avenue Bridge in East Providence approximately five weeks ahead of schedule. The bridge is located between Warren Avenue and Grosvenor Avenue and carries 23,000 vehicles per day on Pawtucket Avenue over the I-195 corridor. It is one of the most heavily traveled bridges in East Providence.

Through close coordination with its contractor, RIDOT's project management team was able to compress the expected work schedule in all phases. Demolition activities, which required the bridge to be closed and lanes to be reduced and shifted on the highway below, were reduced from four-weekend closures to three. And the installation of the beams for the new bridge — also expected to take place over another set of four weekend closures — were done during overnight hours with only brief traffic stoppages as each piece was set into place. Overall, eight full weekend closures were reduced to just three.

Other recommendations proposed and implemented by the project management team limited the number of lane closures on I-195 and on- and off-ramps. This included a proposed two-month closure of one lane of I-195 West under the bridge. These decisions improved safety and aided the movement of traffic during the most restrictive of closures.

“I want to commend the project management team on their work and their initiative, to not just operate under the schedule they were given but to consistently work toward improving the construction process and get this bridge back into service in the shortest amount of time possible,” Peter Alviti Jr., director said.

“RIDOT has adopted this model of construction management and project delivery — an industry best-practice — for this very reason, to ensure projects are delivered on time and on budget, or better. And this project is a perfect example of how the new RIDOT is successful in using the project management model.”

Along with getting the bridge open more than a month earlier than expected, the phase of the project to remove lane shifts on I-195 and the overall project is running ahead of schedule.