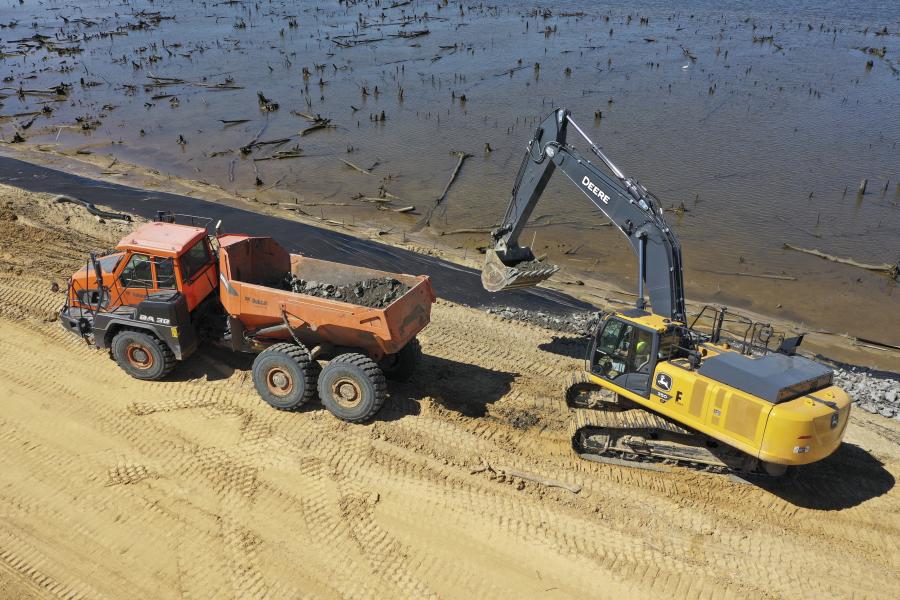 More than 1.3 million cu. yds. of earth are being moved during the widening of U.S. 17 in South Carolina. (SCDOT photo)

"There's a lot of cross-traffic, a lot of different airports you can fly into," said Greg Moore, South Carolina Department of Transportation resident construction engineer. "We've seen double-wides come through, pools come through … On U.S. 17, you can go all the way from Savannah up to Myrtle Beach and keep going."

And yet, the highly-traveled highway is just two lanes — one in each direction. Now, a $44.1 million, four-year widening project is under way to help alleviate the congestion. The project was awarded to Reeves Construction Co. and centers on a 5-mi. stretch that intersects with SC-315 and will increase two lanes to four, add a divided median, bicycle lanes and other improvements. 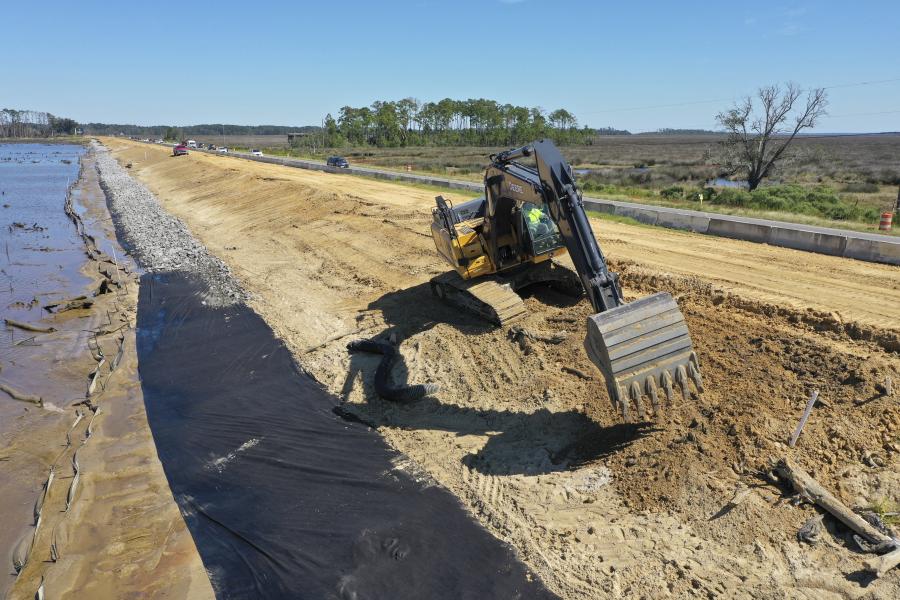 "The improvements to the intersection with SC-315 were necessitated by two major factors," Moore said. "One, increased traffic along this corridor due to regional growth [17,200 vehicles/day in 2020]. Two, increased local economic development and demand at the Savannah Port adds to the traffic and increases the truck volumes."

The project has been 10 years in the making, hinging largely on coordination with the Georgia Department of Transportation (GDOT). The GDOT also was planning projects in the area involving expansion work on two bridges on U.S. 17.

The biggest challenge is building new roadway in an area that runs through marsh and wetland areas, Moore said.

"These areas have poor soil stability, and the design engineers projected a considerable amount of settlement."

The project design calls for several measures to be utilized to overcome the challenges, including a granular bridge lift; high strength geotextile fabric; geogrid reinforcement; prefabricated vertical drains; surcharge with settlement monitoring; and detailed construction sequencing with settlement timelines throughout the phases of construction. In addition, the construction sequencing is intended to prevent impacting the wetland areas outside of the permitted limits.

"For sense of scale, there are more than 1.3 million cubic yards of earth being moved during construction," Moore said.

While efforts were made to meet the challenges of working in the wetlands, conditions have required an additional $900,000 to the original contract to stabilize nearby slopes.

"The lane excavation has to go directly into the marsh," Moore said. "To keep that soil out of the marsh waters, we had to do a change order to essentially put large amounts of rock all along a certain section of corridor to preserve environmental compliance and preserve marsh."

The change order called for about 4,000 tons of rock, acquired from local quarries.

But crews didn't have to wait long to see if their work paid off. Rather, heavy rainfall, followed by Hurricane Ian last fall tested the mitigation efforts early. 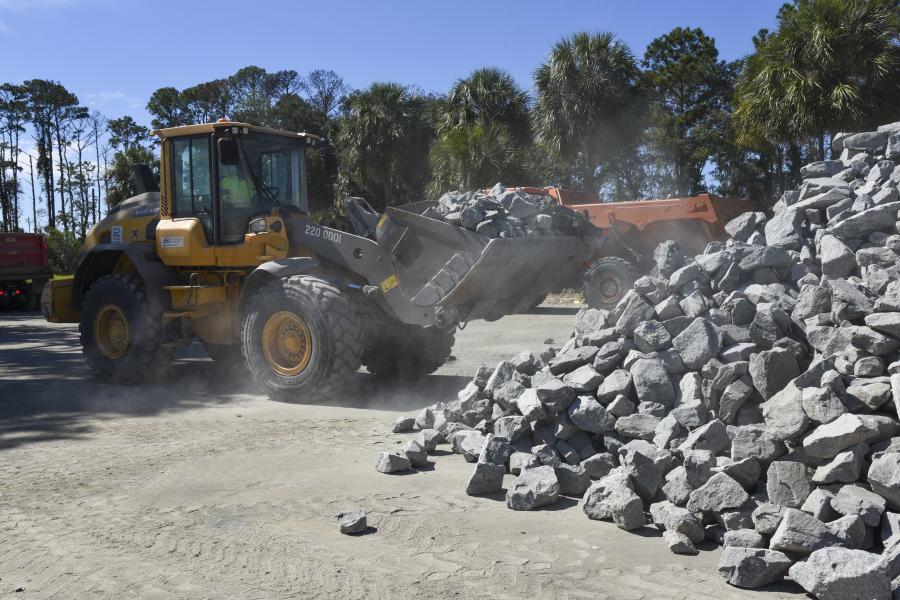 "We got to see a reaction of the 4,000 ton of rock," Moore said. "We really didn't get much impact from the storm. Granted it came in as a Category 1. During those events, I stationed at Beaufort County Sheriff's office, and we had live feed. We had rising waters but in terms of water stability and project stability we really didn't feel much."

Earthwork operations are being accomplished with one to two grading crews and about 10 prime contractor employees are working daily. They are supplemented by an additional 20 subcontractors as needed.

While the construction does create some headaches, Moore said for the most part, locals in particular welcome the improvements.

"This is improving their drive to work and their drive home every day, both from ease of traffic flow plus a safety perspective."