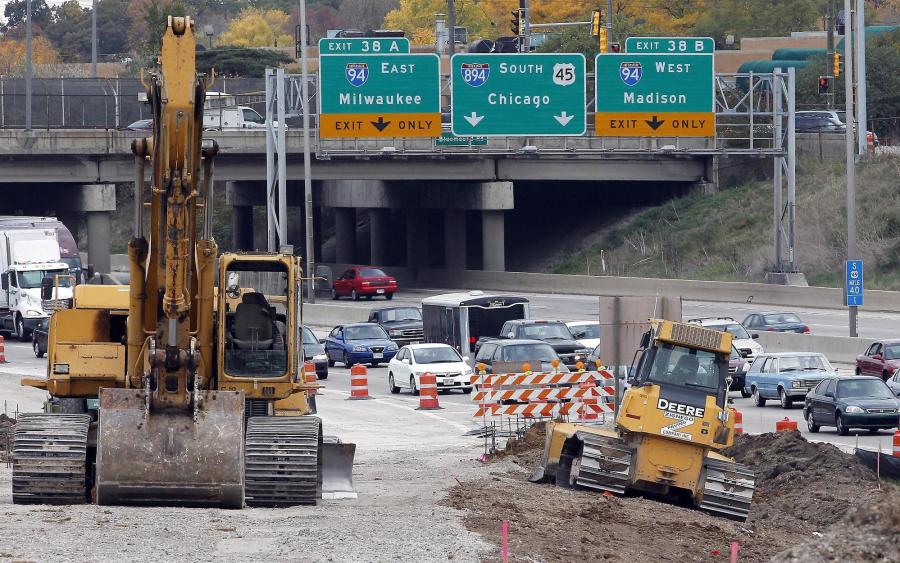 State budget talks hit an impasse June 5, with Republicans who control the Legislature at odds over how much to spend on K-12 schools, how to pay for roads and whether to cut property taxes. (Milwaukee Journal Sentinel photo)

MADISON, Wis. (AP) State budget talks hit an impasse June 5, with Republicans who control the Legislature at odds over how much to spend on K-12 schools, how to pay for roads and whether to cut property taxes as much as Gov. Scott Walker wants.

The Legislature's budget-writing committee has no meetings scheduled and Senate Republican leaders are openly talking about passing their own separate two-year spending plan, a highly unusual move that would complicate and delay final approval.

“I hope we don't have to go that way,' said Sen. Alberta Darling, co-chair of the Joint Finance Committee. “But if we do, we do.'

Walker continued to keep the pressure on the Legislature to pass a budget close to the June 30 deadline, repeating his warning that not doing that could force ongoing highway road construction projects to be delayed.

In an effort to move passage of the budget along, numerous unusual procedural moves are being discussed. Assembly Republicans have talked about breaking out the roads portion of the budget to pass it separately, a move the Senate and Walker oppose.

Senate Majority Leader Scott Fitzgerald confirmed the Senate was considering passing its own entirely separate budget, a move that budget committee co-chair Rep. John Nygren said was “news to me.'

“Isn't that a wave of the white flag that they don't have ideas?' said Nygren, the lead Assembly budget negotiator. “That's the way it will seem.'

Fitzgerald told reporters he was hopeful Republicans in both houses could come together later and get back on track. But if the budget committee doesn't meet as hoped, “we're in a rougher spot than I thought we were.'

Republicans have their largest majority in the Assembly since 1957 and in the Senate since 1971. Walker's budget as introduced would increase funding for K-12 schools, cut taxes and give more money for higher education, a good-news plan viewed by many as one he could tout during a likely run for a third term next year.

The current two-year budget runs through the end of June, but if no deal is reached by then state government continues operating under current spending levels. Five of the eight budgets passed since 2000 have cleared the Legislature before July 1. The past three budgets under Walker since 2011 passed the Republican-controlled Legislature on June 16, June 21 and July 9.

Both Walker and Fitzgerald said June 5 they remained optimistic that a deal could be reached around July 1. But major disagreements remained, with lawmakers talking privately to try and reach deals on everything from whether schools get the $642 million additional money that Walker wants, to whether property taxes will go up or down for the average homeowner.

Nygren said details of an Assembly education alternative plan, that would funnel additional money to schools that spend less, would be released on June 6.

Walker has threatened to veto the entire budget if property taxes go up. He said at a news conference that he's “willing to give and take on other issues' if his priorities remain in the budget. He said those were cutting property taxes, paying for roads without a tax increase, increasing funding for K-12 schools and reshaping Medicaid, including requiring drug tests for childless adult applicants.

Fitzgerald said he wanted to ensure lawmakers can reach agreement with Walker so whatever budget passed doesn't get reduced to “swiss cheese' with vetoes.

Fitzgerald said lawmakers also are talking about eliminating the personal property tax, which is primarily paid by businesses and brings in about $260 million a year, rather than doing a $200 million income tax cut Walker proposed.