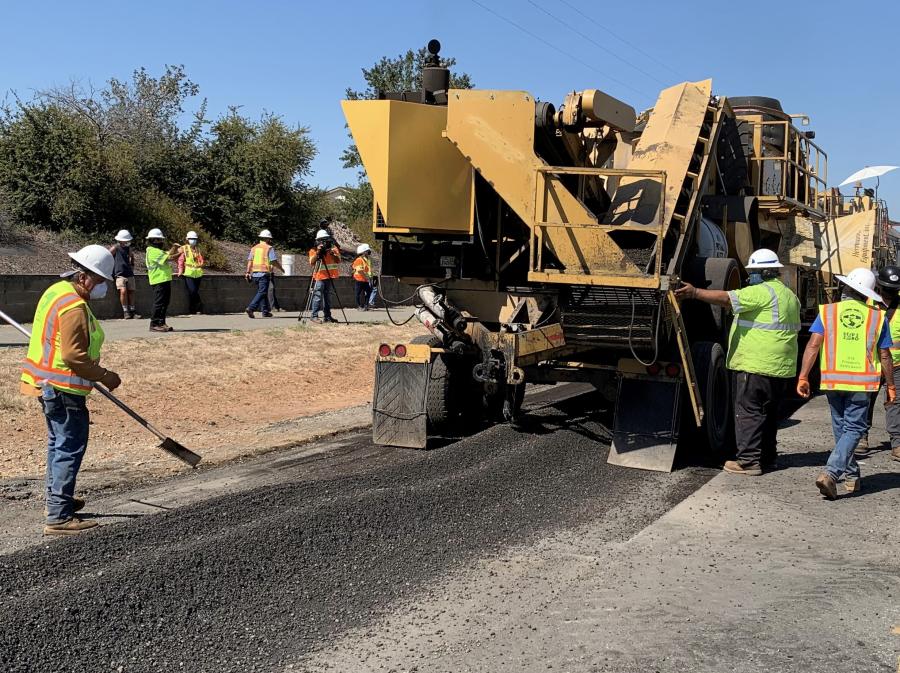 Security Paving Company Inc. is the general contractor for the $91 million highway project in Ventura County from U.S.101 to SR 118.

Security Paving Company Inc. has completed nearly 50 percent of the California Department of Transportation's (Caltrans) $91 million State Route 23 (SR 23) Pavement Rehabilitation Project taking place on 8.2 mi. of highway in Ventura County from U.S. 101 to SR 118 in order to extend the lifespan of the busy highway.

The initiative began in the summer of 2020 and should be completed in the fall of 2023. The work is taking place in the communities of Thousand Oaks and Moorpark in Ventura County.

The scope of the SR-23 project is extensive and inter-connected. 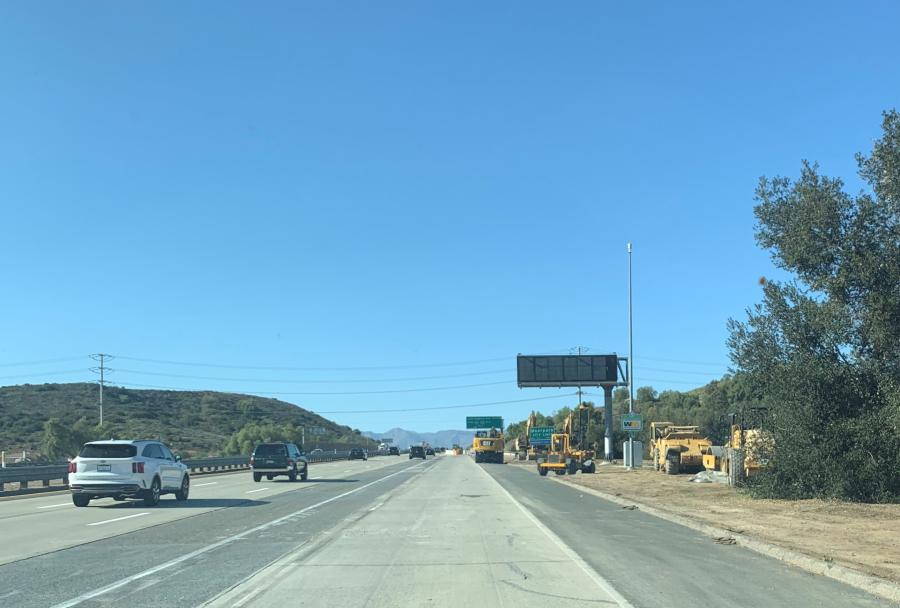 "The project is replacing pavement on the outer two lanes from U.S. 101 to State Route 118 to provide a service life of 40 years" said Jim Medina, public information officer of Caltrans District 7. "The on- and off-ramps, connectors and adjacent shoulders are also being rehabilitated, and slabs will be replaced on the inner lane in both directions where needed. Existing curbs ramps are being upgraded where necessary at 36 locations to comply with the Americans with Disabilities Act [ADA] and approach slabs and bridge rails are being replaced at five select locations. The performance measures for this project are 46.7 lane miles."

The upgrade is much needed.

The traffic management plan has three lanes in each direction open for the duration of the construction, with an auxiliary lane incorporated to shift traffic patterns as needed. Special provisions allow Security Paving to close lanes or ramps for extended periods as needed, including 55-hour weekend closures.

According to Caltrans, "The traffic plan has been generally working, with electronic message signs directing motorists to detours when needed."

Construction is pressing forward at a solid pace and Caltrans is making serious efforts to reduce the noise impacts.

"Noise levels will be the same level as ordinary freeway traffic and should not disturb neighborhoods nearby" said Medina. "We are monitoring noise levels during construction to minimize the impact to local neighborhoods."

Security Paving, to date, has repaved the outer two highway lanes in both directions and replaced concrete slabs where needed on the inner lane, but grinding still needs to be completed. The 2021 construction season is focusing on repaving ramps, shoulder rehabilitation, drainage system upgrades, electrical work, improving guardrails and installing new highway signs.

"One of the contractor's challenges has been issues related to COVID-19, with workers out at times to care for family members," said Medina. "Personnel and hours have been occasionally shifted to keep the project on track. To date, approximately half of the project has been completed." 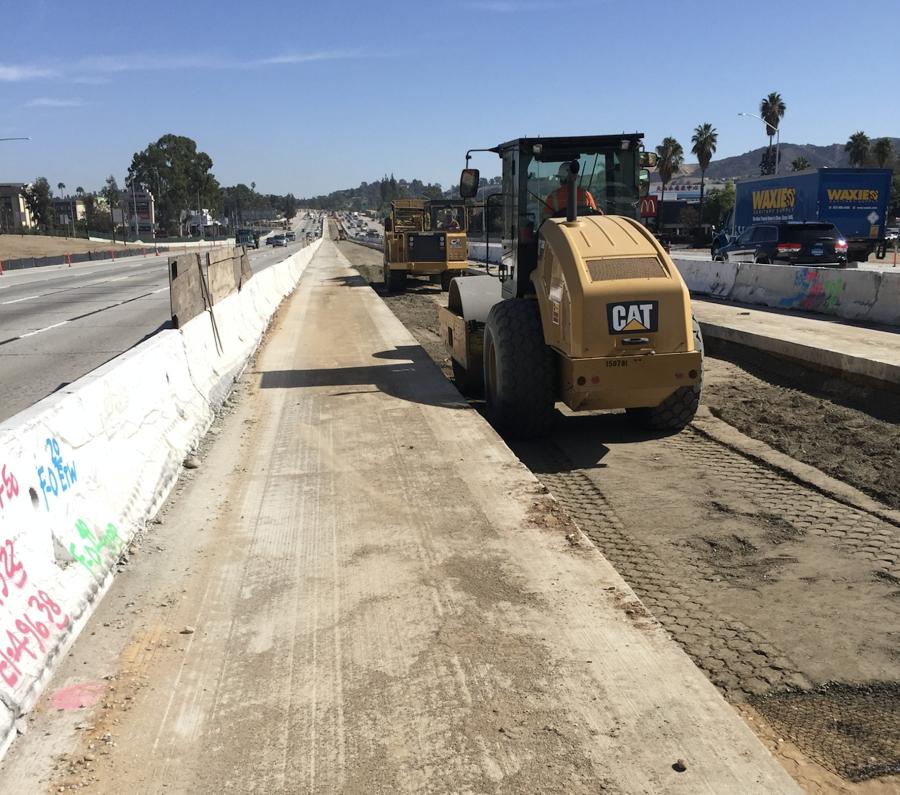 Caltrans Resident Engineer Alan Davis agrees, noting, "The biggest challenge has been working during the COVID pandemic. When the restrictions were first implemented, it was not clear how they would impact the project, but ultimately the lower traffic volumes made it easier to complete much of the work."

Ongoing operations revolve around removing and replacing the outside lanes in both directions of SR 23 between the 101 connectors and New Los Angeles Avenue. Approximately 1,060 individual pavement slabs have been replaced in the first and second lanes within these limits.

"The work includes PCC pavement repair/replacement; cold plane and overlay of AC pavement on the shoulders and ramps; drainage system modification; construction of Austin vault sand filters; sign panel replacement; and modification of electrical system," said Davis. "There are various crews that work days, nights and weekends. During the pavement operations, material was loaded and removed from the work area to allow for the next items of work to proceed —subgrade preparation and the placement of aggregate base. During the drainage work, the material is stockpiled."

The use of Cat dozers and excavators have been crucial for the excavation of the existing lanes and for the reconstruction effort. A portable batch plant is producing concrete that is being poured for the new lanes. The plant, as the work progresses, is being placed along the stretches of highway that have been excavated, which provides space to place materials to produce the concrete. At times, the area can be as wide as three lanes and extend for several hundred feet.

K rails separate the crews from traffic, who often have two lanes and the shoulder to complete their work in safety. Large median sections provide areas to park equipment, store materials and for crews to hold meetings.

Several on- and off-ramps, connectors and adjacent shoulders are being dealt with.

As noted earlier, curbs ramps are being upgraded and approach slabs and bridge rails are being replaced.

On peak days there are more than 25 Security Paving and subcontractor workers on-site. 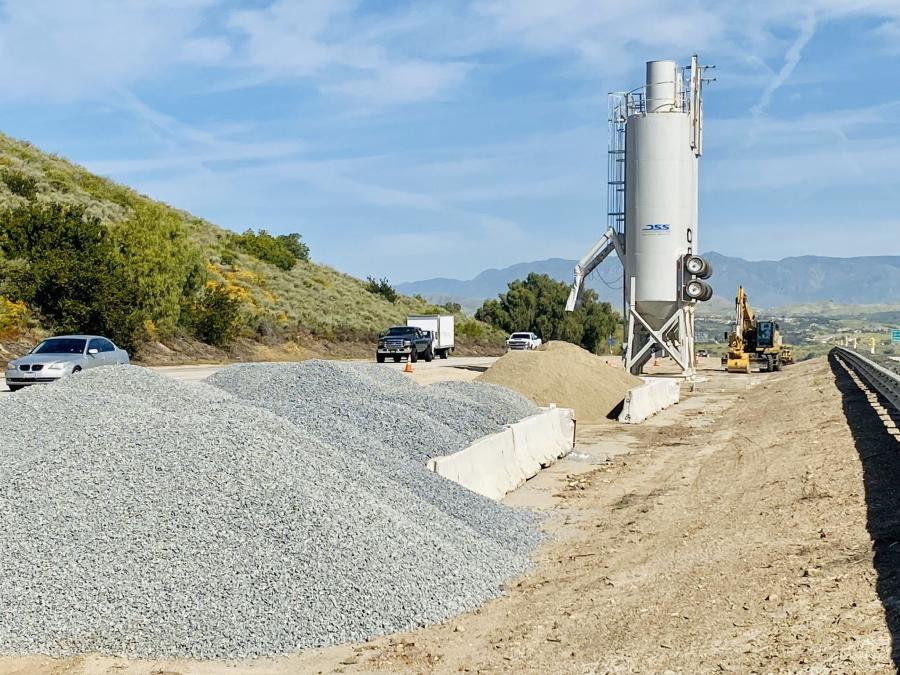 The amounts of excavated materials are still being tabulated, but on-site recycling is a crucial element to help reduce costs and lower the environmental footprint of the project.

"Security Paving has set up an on-site plant and is recycling the removed pavement material," said Davis.

Security Paving has a solid record if maintaining its fleet and ensuring that daily wear and tear items are dealt with rapidly, and the routine maintenance schedules are followed.

The company purchases and rents equipment from local and regional dealerships, which are helping with servicing vehicles under warranty and providing spare parts.

The project is being funded by Senate Bill 1 (SB 1), the Road Repair and Accountability Act of 2017. SB 1 provides $5 billion in transportation funding annually split between state and local agencies. According to Caltrans, road projects progress through construction phases more quickly based on the availability of SB 1 funds, including projects that are partially funded by SB 1.

"To date, Caltrans has completed more than 100 SB 1 highway projects with nearly another 500 projects currently in the works statewide and many more to come after that," stated the project web page. "This includes repairing or replacing 115 bridges and paving nearly 1,500 lane miles of the state highway system. In the coming years, SB 1 improvements will be even more visible to the public, with many big projects soon to go out to bid. For example, in our current fiscal year 2019-20, $5.5 billion of new work from multiple funding sources including SB 1 — or $2.5 billion more than last year — will go out for bid. Caltrans is committed to conducting its business in a fully transparent manner and detailing its progress to the public."

The stretch of SR-23, which has three lanes in each direction in most sections, carries 116,000 cars and trucks daily.

For more information about other transportation projects funded by SB 1, go to http://rebuildingca.ca.gov/. CEG