Skid Steer Loader or Compact Track Loader — How to Choose

It's the most popular piece of equipment on construction jobsites. It has been and remains a consistent, high-selling machine in the construction industry. And it has been around for six decades.

The skid steer loader is a must-have in virtually every construction fleet, from general builders to landscapers, and even those offering snow and ice management services. This small yet mighty machine proved to offer numerous benefits on various jobsites and gave way to inspire a new take on it: the compact track loader (CTL).

The CTL is designed to tackle tasks similar to that of a skid steer. Hallmarked by a tracked design instead of tires, it offers different operational abilities compared to its sister machine.

It's easy to look at a skid steer and a CTL and assume the only difference between the two is tires versus tracks — but there's much more to it than that, especially when it comes to deciding which one is needed on the jobsite.

The first step in deciding between a skid steer or compact track loader is to understand the basic features and traits of each, and how those translate into unique advantages on various jobsites. 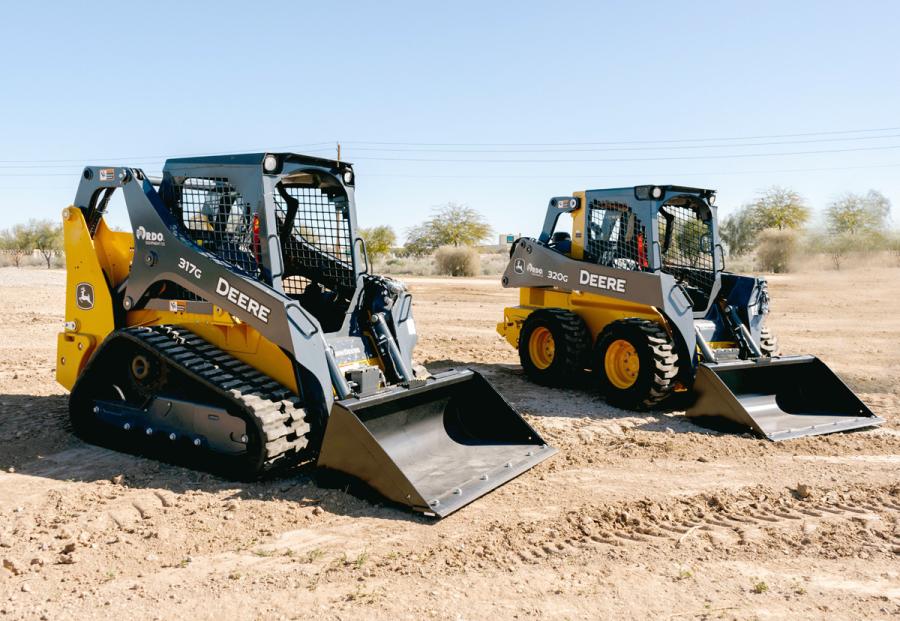 Both are jobsite proven as dependable, efficient machines known for exceptional maneuverability. Able to turn on a dime, skid steers and compact track loaders can operate in tight or awkward spaces where turning radius isn't generous.

Skid steers are lighter than track loaders, making them easier to transport, often with less time and cost. Building on 60 years of trusted, dependable operation, they continue to have a solid reputation in the construction world, thanks to manufacturers like John Deere that have built quality machines throughout the years.

CTLs have the edge over skid steers in terms of operator comfort. Their smooth operation is a bit more forgiving than the rougher ride of a skid steer. Tracks also cause less disruption to the ground, reducing site clean-up time compared to a skid steer.

Once the basics are understood, it's time for a closer look at what separates the skid steer and the compact track loader. Most often, the decision really hinges on where the machine is going to be used.

Not just true in the real estate world, location comes into play as a deciding factor between a skid steer and compact track loader because each machine is designed to perform its best in certain conditions. 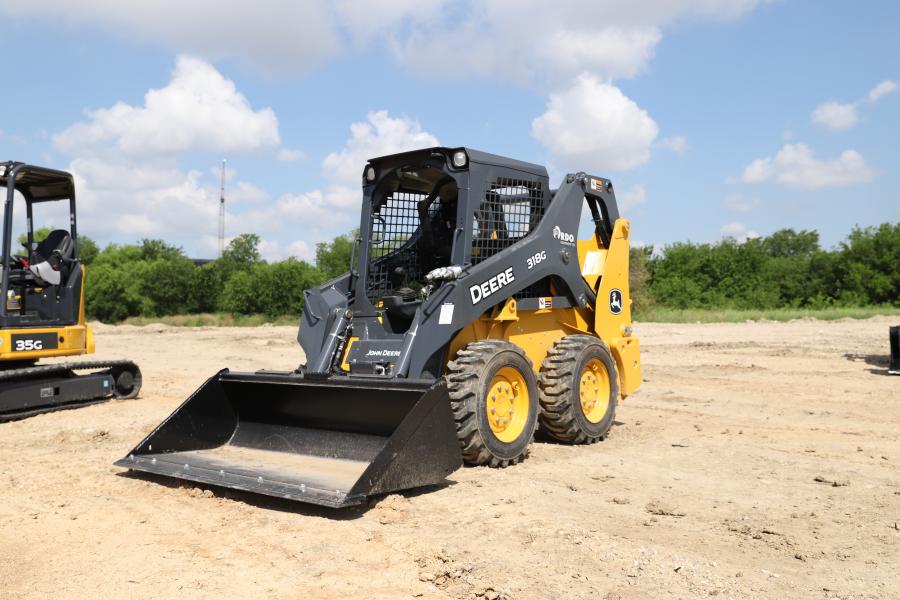 Skid steers are great on harder surfaces like concrete and asphalt, especially when equipped with hard tires. While compact track loaders are able to operate on these surfaces, the harsher ground is tougher on tracks and can cause accelerated wear. Rocky conditions are also much tougher on CTLs, with the possibility of a track being damaged or cut by sharp objects. That said, skid steer operators too must take caution on this terrain to avoid puncturing tires.

While location is perhaps the most important factor in choosing a skid steer or compact track loader, it's not the only one. Like any decision, a machine has to make sense on the bottom line, which is why cost considerations are the next area to examine in this debate.

In terms of time investment, skid steers and compact track loaders require virtually the same commitment to preventative maintenance. The only differentiating part is tires vs. tracks, and both of those should be checked on a regular basis — tire pressure on skid steers, track tension and adjustment on CTLs. 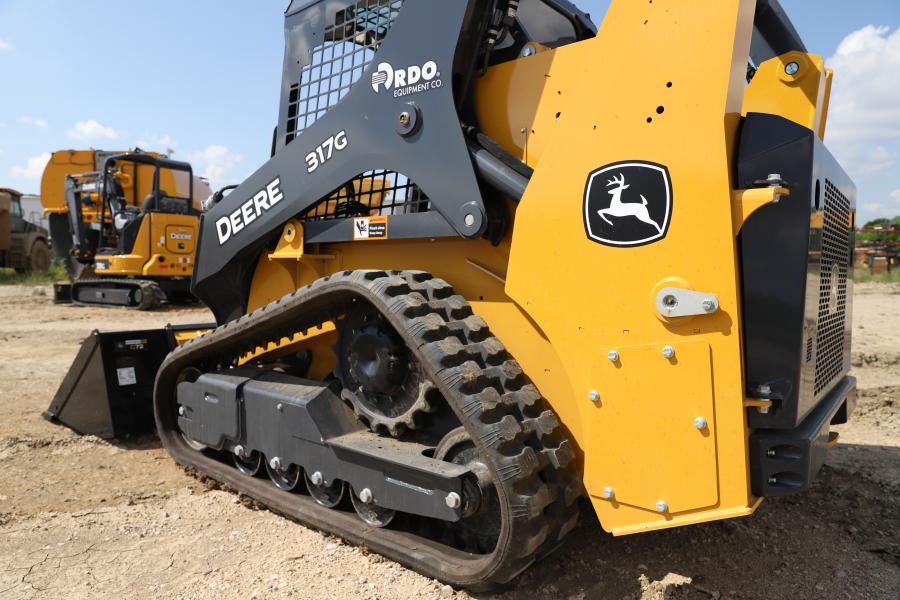 A pro tip for checking track tension: resist the instinct to make them too tight. A little sag in the tracks is good, as overtightening can lead to undercarriage issues and accelerated track wear.

Looking at upfront and short-term costs, the skid steer comes out as the more economical choice. The price tag of a compact track loader is higher than a comparably-sized skid steer. And the biggest wear item of a CTL, the tracks, is more expensive than skid steer tires.

Another factor to consider is downtime cost. If clean ground conditions become sloppy, a skid steer may not be able to work. A compact track loader, however, is designed to perform in adverse ground conditions, and the day's productivity won't be halted due to weather or other unforeseen circumstances.

Reviewing these three key considerations, it's easy to see just how individualized the choice is for a skid steer or compact track loader.

A company that sees the majority of time spent on asphalt or concrete surfaces is going to get results with a skid steer and pay a lower initial cost. Conversely, a contractor whose jobsite characteristics predominantly include uneven or sandy terrain, or those who do a good amount of work in rainy and snowy weather may find the track loader is worth the upfront cost and the investment will pay off in the long run.

Keep in mind the basics, consider location, and check overall costs when making the decision between a skid steer or a compact track loader.