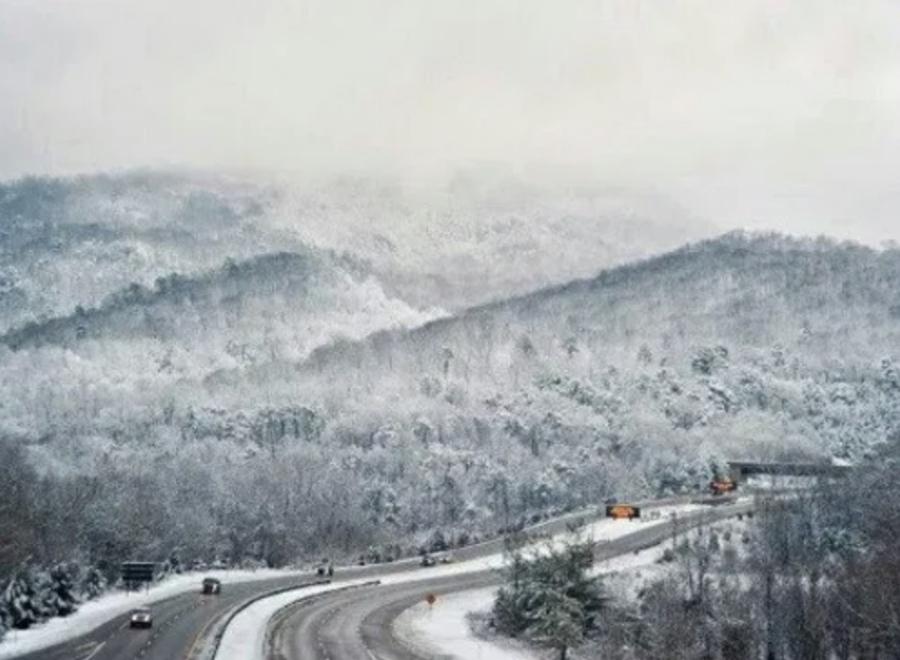 The KYTC maintains a “strike force” of four snowplows positioned for statewide deployment from Frankfort during major winter weather events and has on hand a supply of 375,000 tons of salt; 1.1 million gal. of brine for anti-icing efforts; and 1 million gal. of calcium chloride, an additive to salt to boost its de-icing capability. (Kentucky Transportation Cabinet photo)

To keep roads free of snow and ice in the wintertime requires the right mix of people, equipment and chemicals, two state departments of transportation explained recently — components that now also must include COVID-19 infection contingencies.

For example, Jim Gray, secretary of the Kentucky Transportation Cabinet, said that his agency's "snow fighting" team of 1,024 plow trucks had to take into account the COVID-19 pandemic, which to date has killed more than 1,400 Kentuckians and has the potential for sidelining entire work crews.

"Snow and ice preparations begin long before the winter months and this year has been unique with a health crisis in play," he said in a statement.

"We've done our best to see around the corner by planning how to keep our work crews as protected as possible from COVID, and also how to adapt plans to cover for crews that suddenly have to be taken out of rotation because of COVID," Gray added. "This is uncharted territory and we will get through this together."

He added that the KYTC also maintains a "strike force" of four snowplows positioned for statewide deployment from Frankfort during major winter weather events and has on hand a supply of 375,000 tons of salt; 1.1 million gal. of brine for anti-icing efforts; and 1 million gal. of calcium chloride, an additive to salt to boost its de-icing capability.

KYTC uses a three-tier system to prioritize treatment and snow clearing on state-maintained routes — clearing them based on factors such as traffic volume and connectivity to critical services, such as hospitals.

During routine snow and ice events, KYTC said its crews operate using "priority route maps" for maximum efficiency of equipment and materials usage. For severe winter storm events, the agency relies on a snow emergency plan to deploy resources within each county as needed to cover highest priority routes.

"Keeping Kentuckians connected to what matters most is a core value," said James Ballinger, state highway engineer. "Increased sanitation requirements during work shifts and the potential for COVID to impact our workforce may result in delays to treat all state routes. If conditions demand, we will focus on shifting resources to ensure traffic can move safely on key routes, like those that [providing] access to life-saving services and maintaining cross-county travel." 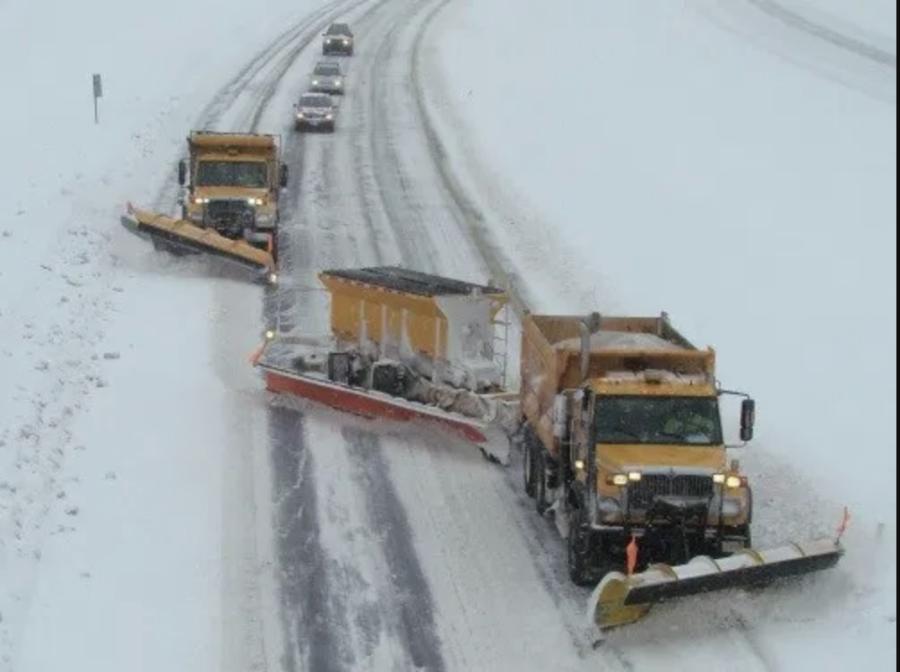 To improve the capability of its snowplows, the Iowa Department of Transportation noted in a blog post that it is using new "calibration tools" to apply the "correct amount" of salt and de-icing chemicals to the roadways.

At the beginning of each winter, the agency calibrates each snowplow, allowing garage mechanics to establish "baselines" for each truck. If equipment is repaired during the winter season, the agency then conducts a second calibration.

For 2020, however, Iowa DOT district calibration experts from across the state collaborated on a new program to standardize equipment calibration — assuring consistent application rates of salt and de-icing material.

"Snowplows are much more complicated than many people realize, and it takes a lot of skill to operate them effectively," said Tina Greenfield of Iowa DOT's maintenance bureau.

"There is a computerized spreader controller in each vehicle that controls the flow of material that is being put on the road. That flow of de-icing material must be precisely and accurately controlled so that just the right amount of material is being applied for the storm conditions," she said.

"The computerized spreader controllers also track the amount of salt, sand or brine that a truck is distributing so it can be used for stockpile management and to be analyzed and used to form treatment strategies going forward," Greenfield added. "Making sure the controller is distributing the right amount of material is the goal of the calibrations."

She explained that the new calibration tools also include a series of "how to" videos and calibration sheets for each agency maintenance garage to track calibration details for each piece of equipment.

"The team working on the calibration issue also was able to boil down the steps into a one-page cheat sheet, that allows for quick checks of the systems without digging through huge manuals," Greenfield pointed out. "We've always put an emphasis on calibration, but these new tools are designed to help the crews more efficiently set each system and increase the garage staff comfort level that the calibrations are done accurately."