Success of Florida's J. McKinnon Due to Integrity, Efficiency 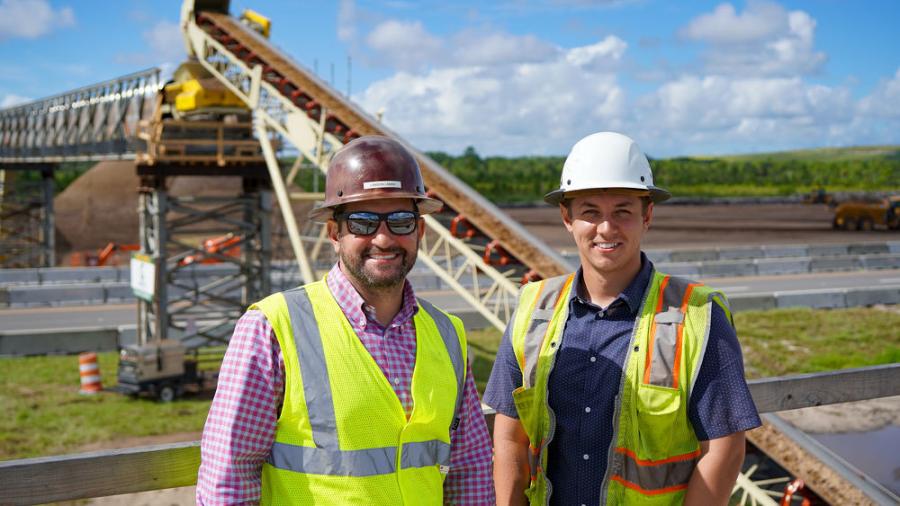 The task of building Florida's mammoth Brightline Trains extension from West Palm Beach to Cocoa, then west to Orlando International Airport, is a Herculean one for any of the contractors on the project. The $2.7-billion enterprise encompasses 170 mi. of track that will ultimately connect Orlando with Miami.

The portion of the train line from Orlando International Airport east to the Space Coast has seen the most activity in Central Florida. Anyone traveling on the east-west SR 528/Beachline Expressway over the past year has no doubt noticed the land clearing and track installation that parallels the south side of the rural highway. 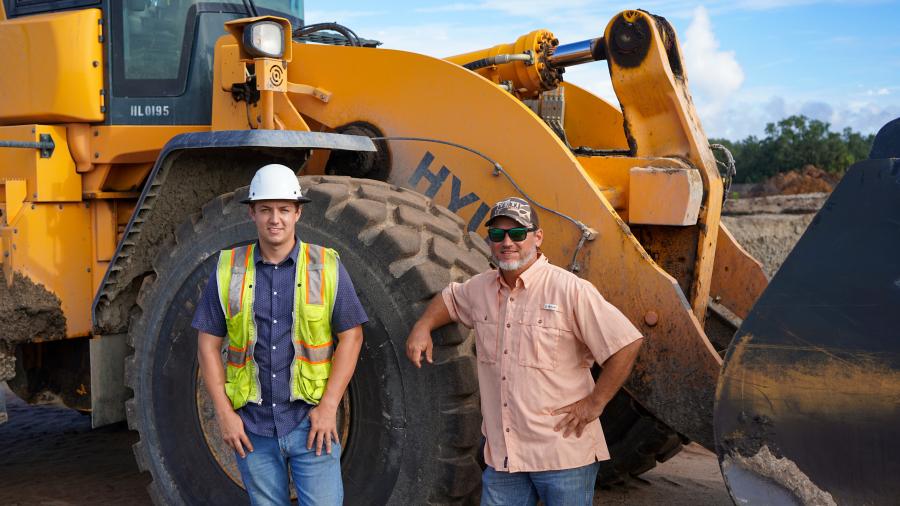 And it is there that one of the Sunshine State's most respected contractors is nearing the home stretch on its part in creating the high-speed rail service.

Headquartered in Orlando, J. McKinnon Development specializes in mass earthmoving and excavation for all types of construction jobs, primarily in Florida. It also can mobilize quickly to work on projects in other states, if needed.

The company's key goal is to maintain several conveniently located borrow pits in central Florida and along its east coast for major infrastructure and development projects that need high-quality construction materials and aggregates.

A third function of J. McKinnon is to provide environmental restoration at different sites across the state.

The company began life as a site development operation in Kissimmee, before transitioning to being a go-to provider of earthmoving and materials services.

"We started with two borrow pits in 2015 and currently have six, with several more in the entitlement and permitting stages," said company founder and president Jesse McKinnon. "In 2018, we acquired our Buck Hammock shell mine in St. Cloud and it was certified by the Florida Department of Transportation [FDOT] the following year. We also make a variety of rip rap/stone products at Buck Hammock, in addition to road base."

Among the variety of aggregate products available at J. McKinnon's borrow sites, such as general fill and structural fill, it also offers clay stabilizer and beach sand at select locations. McKinnon said the company will take special requests as well.

He and his core management team bring to J. McKinnon a combined 105 years of experience in the construction and aggregate industries.

Logistics management is in the able hands of Billy Montgomery, who also works with J. McKinnon's sister company, Peninsula Technologies, based in Orlando. His more than 35 years of expertise have made him perfect for aiding business development at J. McKinnon as well as managing its marketing and sales efforts.

Jesse McKinnon said the company has grown from under 10 employees to almost 50 in 2020. In addition, J. McKinnon has assembled one of the largest specialized earthmoving equipment schedules in the Southeast.

On Brightline, the requirements of the project demand J. McKinnon's proficiency in excavating and conveying material at two areas along SR 528. 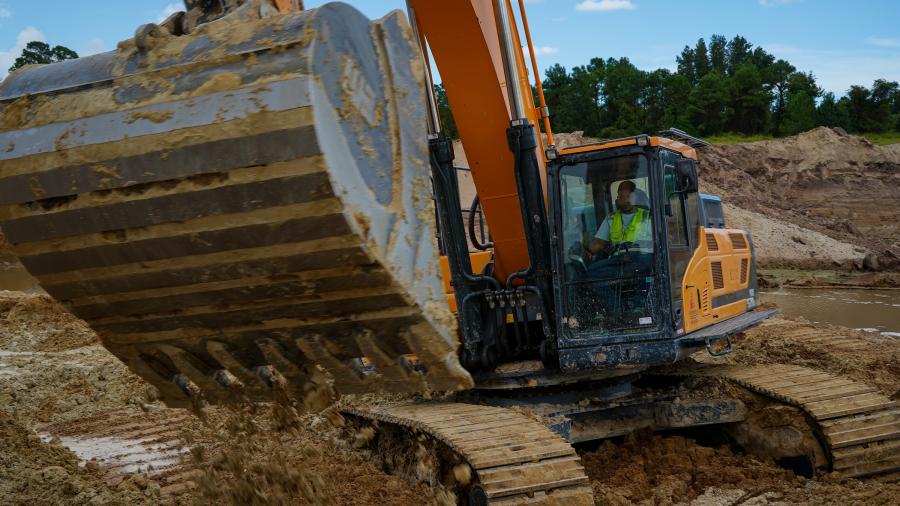 "We are predominately responsible for all the borrow and fill material with the excavation being the main part of the work," Lamar said. "We are excavating the east-end borrow pit at the northeast corner of the junction of Interstate 95 and SR 528 in Brevard County. Our guys are doing that with Hyundai HX520L crawler excavators and HL980 wheel loaders, then moving the material onto a conveyor over the north side of SR 528 to the south side where the line is under construction."

The other part of J. McKinnon's focus on the Brightline project is the main borrow pit west of the first site, near Dallas Boulevard at SR 528 in Orange County. Lamar described it as being 100 acres in size and 50 ft. deep. It provides all the fill for the project, he added.

"We also have an eight-yard dragline for moving some shell material at that main borrow pit as well," Lamar said.

Logistically, conveying materials worked better, he explained, since so few roads intersect with the SR 528 toll route in the unpopulated grasslands between the eastern edge of Orlando and I-95.

Although J. McKinnon has various construction equipment made by different companies, for Brightline it has been most impressed by the performance it has gotten from its Hyundai crawler excavators and wheel loaders.

McKinnon and Lamar credit Earthmovers Construction Equipment, with locations in Apopka and Ft. Pierce, for helping J. McKinnon obtain and service the Hyundai line, which they said has proven to be the best heavy machinery for their projects. Working with Brian Darville, territory sales manager for Earthmovers in central and western Florida, also has given J. McKinnon a smooth path to get the machines it needs. 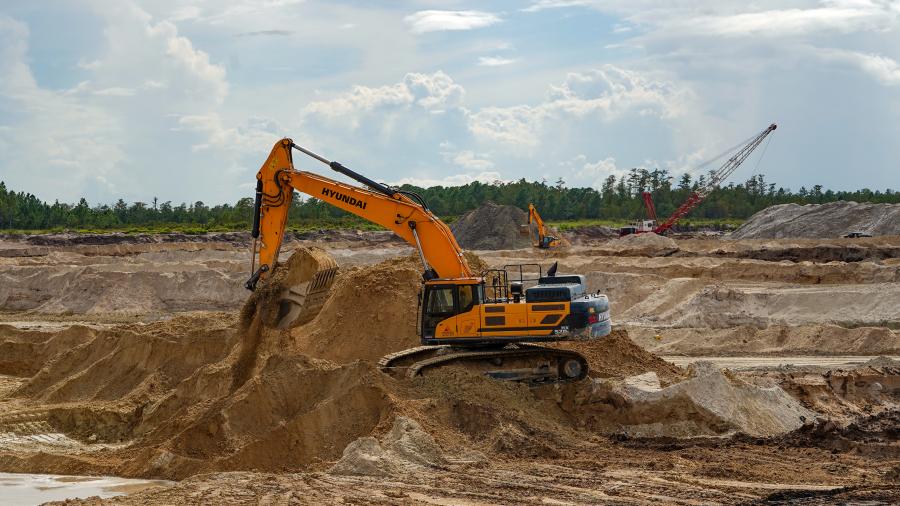 Among its fleet of Hyundai equipment on Brightline, besides the HX520L excavators and HL980L loaders, are HL480 excavators, Lamar said. They also are using 30-ton Bell trucks from Earthmovers to separate designated materials,

"The Hyundai excavators are extremely reliable and fuel-efficient, priced out as the best machine for the money for production," he said from the job site off SR 528. "They have a great warranty, great service and very little breakdown. In the unlikely event that we have a substantial breakdown, Earthmovers has had equipment from its rental fleet here immediately to allow us to take up the loading slack while our machine is being fixed. The service we have had from Earthmovers has truly kept us moving and in production."

J. McKinnon has a successful track record of large projects in the state, but Lamar said the Brightline work has been, by far, the company's biggest excavation job to date.

However, the firm also feels another part of its mission is to achieve prosperity in environmental restoration efforts, a calling that drives it to grow and re-establish Florida's native species at excavation sites back to their natural state.

"We use this opportunity to cultivate our own reclamation tree species on site, which allows us to increase our restorative efforts beyond local and state requirements for the best possible environmental benefit and aesthetic," Lamar said.

As a bonus, the nature of the work has given J. McKinnon the chance to be involved in other unique enterprises.

"We worked on the Kissimmee River restoration project in the Everglades about four years ago," he said, "and moved a lot of dirt there for the U.S. Army Corps of Engineers. That was an interesting project because literally the intent of it was to put the bend back in the river and slow everything to allow some of the nutrients to precipitate down into the water to be able to get it cleaned up."

To maintain a construction aggregates business that is honest, efficient, and precise — and one that ensures its customer's expectations — J. McKinnon employs the latest technologies in measuring and tracking the amount of aggregate and earth that it sells.

That is done through its use of LoadScan, a system designed to give users and customers an accurate and reliable load volume count. LoadScan measures actual loaded truck (or conveyor belt) volumes and reports in real time with an accuracy of plus or minus one percent. At J. McKinnon, the scanning technology only bills the customer for actual material loaded, eliminating guesswork and discrepancies. Most importantly to contractors, it allows them to maximize loading efficiency and cycle times.

According to Lamar, LoadScan has been essential to his company and, he added, "fundamental to J. McKinnon's success."

"About six or seven years ago, I was visiting with a customer and working on negotiating a billion-plus yard import and he asked, ‘How are we going to measure it?' And I said, ‘What are you going to need?'" 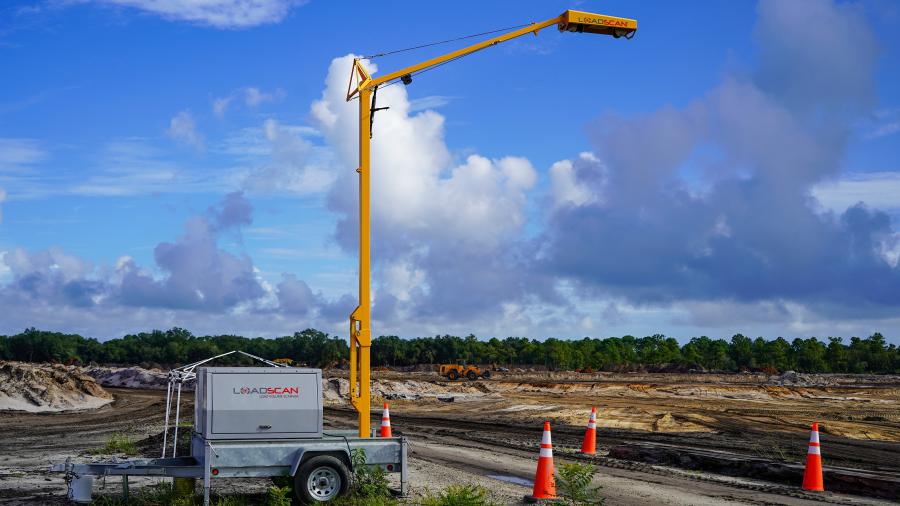 So, after doing some checking, Lamar learned about the LoadScan technology and saw it run at another company. He was so impressed by its abilities that he soon brought the precision tool to J. McKinnon.

"We ran it at one of our borrow pits until we got a high level of confidence with it, after which we began implementing it as a point-of-sale device," he said. "We started selling customers on the program and got a lot of good traction. Disney and Universal in Orlando have contracted with us to import millions of yards of material to their theme parks and their directives stipulated that we measure all that earth using this technology."

LoadScan also has helped J. McKinnon to get into a lot of projects through its synergy with Peninsula Technologies, now the authorized LoadScan sales and service representative in North America. The product was invented more than 20 years ago in New Zealand, where it is still manufactured.

In tandem with LoadScan, J. McKinnon also gives its customers the option of using Dauber, a logistics app and dispatching support tool that provides trucking companies, contractors and material suppliers the ability to not only go paperless, but share information in real-time, automate their dispatch, and give trucks more loads per day.

"The order process has been a focus during the COVID-19 pandemic," McKinnon said. "To streamline and reduce human-to-human contact during the ticketing process, we adopted Dauber so that our customers could enjoy a ticketless experience via smart phone interface and where they can check on up-to-the-second truck locations, ensure a correct dump location with geo-fencing capabilities, as well as other functions."

"It falls in line with our mission of honesty," Lamar added. "We want to bill ourselves as being up front — the young, transparent guys."