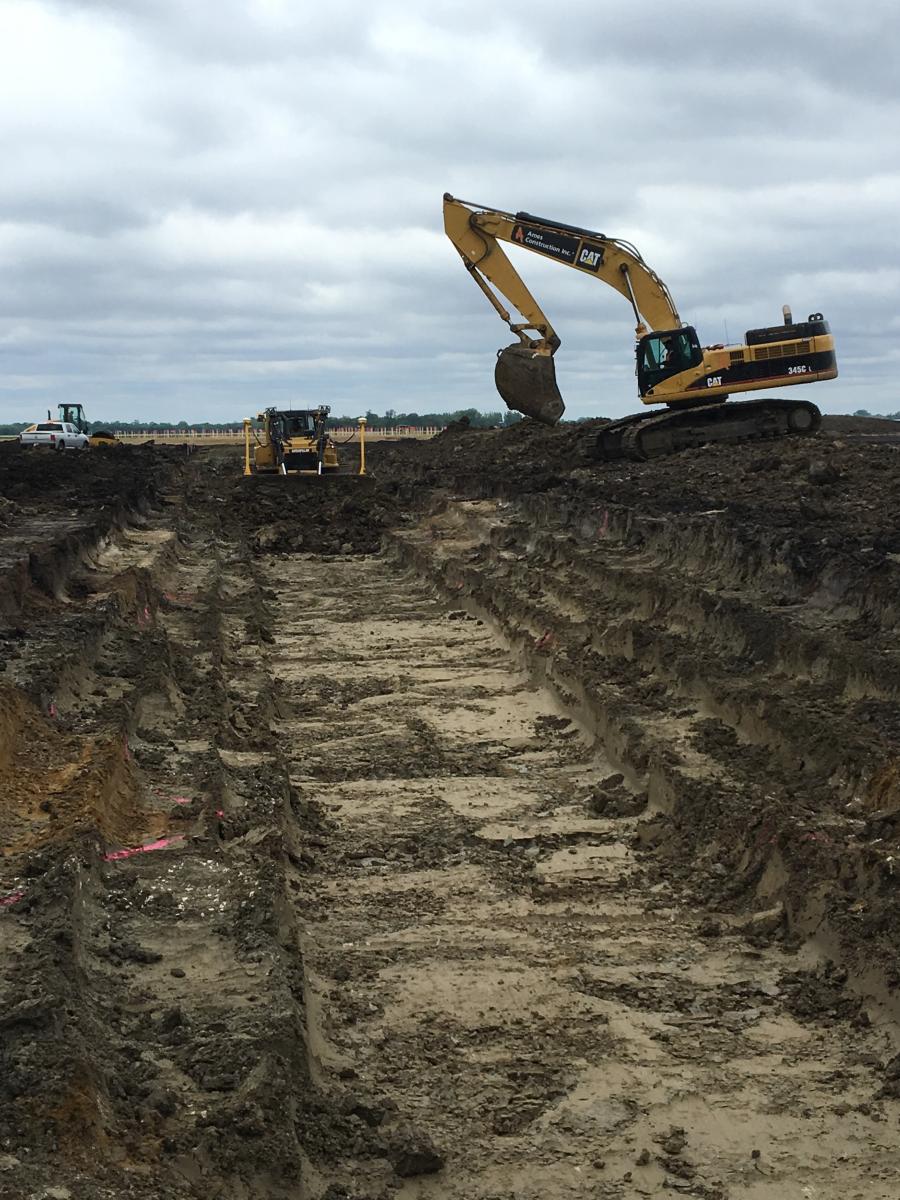 The inlet structure contractor began work on the site the last week of April 2017.

FARGO, N.D. (AP) The governors of Minnesota and North Dakota said that they believe a task force can rescue a stalled flood control project meant to protect Fargo and Moorhead, Minn., from the Red River.

The 16-member group organized by North Dakota Gov. Doug Burgum and Minnesota Gov. Mark Dayton is under a tight six-week deadline to come up with ideas for the 30-mi. diversion channel that has been on hold since a federal judge stopped construction last month.

The task force includes elected representatives from both states and residents who live upstream and downstream from the metro area of more than 200,000 people. Upstream residents are suing over the project because they believe there is a better plan that won't flood land.

Both governors said they were encouraged by the first meeting and expect the group to find a solution that maintains federal authorization and qualifies for a permit from the Minnesota Department of Natural Resources.

“There's not going to be an easy answer but we believe there's an answer out there and that's why we're investing the time and energy to try to find it,' Burgum said.

“We're all engaged in making a solution. Failure is not an option. We have to come up with a solution that we can all live with,' said Dayton.

Construction on the $2.2 billion project started earlier this year southwest of Fargo, even after the Minnesota DNR denied a permit for a dam that would hold back water in times of serious flooding. Diversion supporters argued that the U.S. Army Corps of Engineers should be allowed to start work on the North Dakota side while working toward meeting the Minnesota DNR's rules.

The task force has a Dec. 15 deadline to come up with recommendations. Fargo Mayor Tim Mahoney said he likes the fast timeline but acknowledged the group is tackling complex issues.

“You're compacting 10 years of engineering into six weeks, so we'll see how the team gets through this,' Mahoney said. “But I'm confident we will find a solution.'

One of the task force members, Ron Bergan, was part of a group of Fargo business leaders who pushed for flood control after the record-setting 2009 flood that required a massive sandbagging effort to save the city. City officials ignored the wishes of federal officials who wanted the city evacuated.

“We determined the diversion was the only answer,' Bergan said.