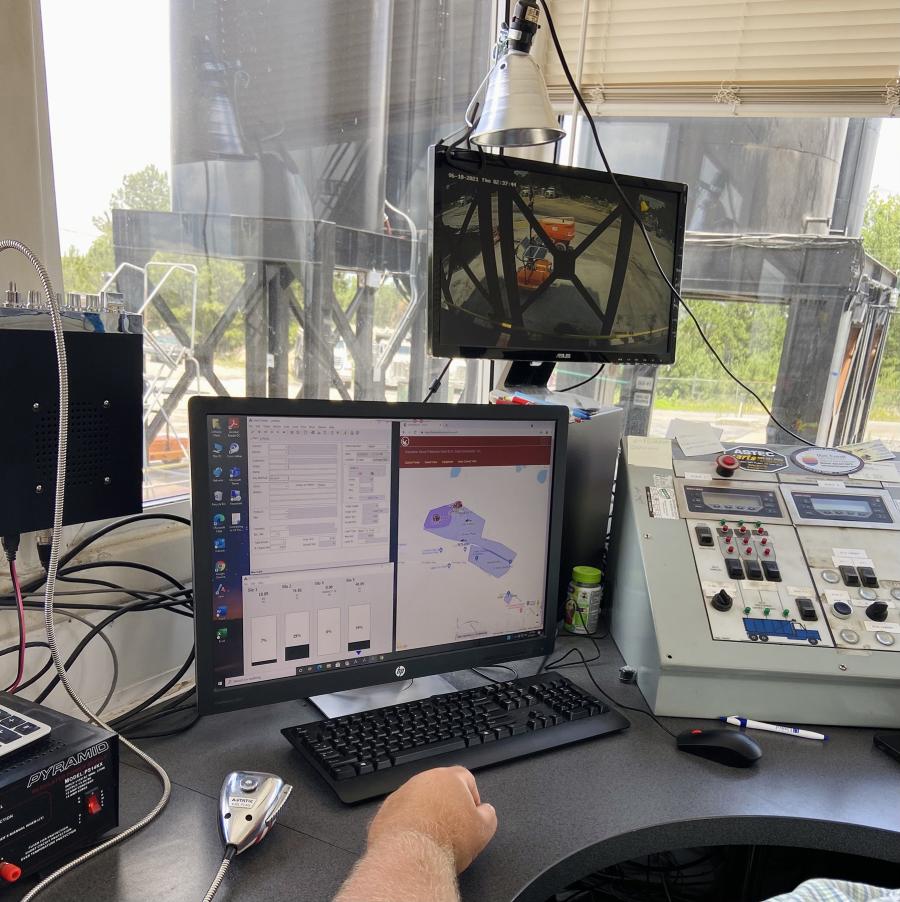 Due to its FleetWatcher telematics system, E.R. Snell was able to see where trucks were at all times, eliminate the grouping and generally keep a steady stream from the asphalt plant to the paver.

They say that the devil is in the details. For a company that has been around since 1923 and employs more than 700 employees, E.R. Snell Contractor Inc. has a lot of details to deal with every day.

The family-operated company based in Atlanta, Ga., performs a variety of transportation construction jobs from Augusta to Macon and northern Georgia including roadway work, structural bridge work and asphalt paving and sales. On any given summer day, E.R. Snell is dispatching 150 to 200 asphalt trucks, a vast majority of which are third party truckers.

In handling their daily trucking, Executive Vice President Jared Snell knew there had to be a better way to manage the mountain of details that impact his company's operations. Thankfully, he was right, and in an innovative telematics platform, they found a way to handle the details and exorcise their demons.

The E.R. Snell team is very familiar with I-285. Whether it's northbound or southbound, the team has resurfaced stretches of the interstate from the South Carolina border through Atlanta. The asphalt team was working on one particular 3 mi., four to six lane wide, stretch of I-285 at Atlanta's Hartsfield International Airport when their telematics system helped them make sense out of the onslaught of information involved in the 100,000 ton, four-month project.

An immediate way Snell and his managers cut through the noise was to eliminate overtrucking in real-time. In previous highway projects the team deferred to superintendents and foremen for their opinions on the trucking needs for a particular job. In hindsight, both parties tended to overestimate the amount of trucks needed.

Due to its FleetWatcher telematics system, E.R. Snell was able to see where trucks were at all times, eliminate the grouping and generally keep a steady stream from the asphalt plant to the paver. Distinguishing between fact and opinion allowed it to eliminate several trucks a day to get the right number of trucks on the job.

"This past year, what we found by using FleetWatcher is that we were able to quickly identify shortfalls… Our managers were able to understand if they've got delays or if they've got problems, where trucks are and what they're doing," said Snell of the new insight into their asphalt operations.

Another such shortfall was E.R. Snell's ability to not only know the right number of trucks for a job, but that its trucks were where they were supposed to be.

Before telematics, trucks would take millings, valued between $60 to $100 for use in future mixes and make unauthorized stops to sell them. Now armed with more information, the E.R. Snell team had a direct line of sight into where all of their trucks were in the field in real-time.

For Snell, this information created accountability with drivers.

"It's the accountability of the trucks now that we have…That was what we purchased [FleetWatcher] for, to verify what we were spending was right," said Snell.

With new insight into its trucking operations through FleetWatcher's Material Management Solution (MMS), E.R. Snell reduced unauthorized driver stops and quickly identify other problems that weren't even on its radar. After watching its trucking costs rise year after year Snell was relieved to see them drop and eventually stabilize after implementing FleetWatcher.

A large reason for the decline in costs came from how E.R. Snell pays its third-party truckers. Before having a handle on its trucking, the company was paying trucks by the ton to encourage efficiency. Unfortunately, E.R. Snell didn't have an efficient way to track and identify why some trucks got five loads a night while others got two. To make matters worse, all the trucks ended up getting paid the same and high demand drove up costs across the board.

Armed with FleetWatcher, Snell and his team were able to ensure when they came back to I-285 that trucks were paid for their exact tonnage and not a pound more.

When onboarding its third-party drivers Snell was pleasantly surprised by the response to FleetWatcher. The drivers embraced the new technology not as a big-brother tool looming over their shoulder but as a tool to help them logistically and save money in the trucking process. Plus, a streamlined implementation process didn't scare anyone away in the process.

E.R. Snell also found a way to use its MMS to streamline its third-party trucking. Prior to FleetWatcher, truck dispatching was handled by texts and phone calls, which was not ideal for anyone involved. Now, E.R. Snell issues FleetWatcher devices directly to its third-party vendors who them distribute them to trucks. Then they use the FleetWatcher tracking numbers, instead of the truck number, at plants to ensure that they are getting, and paying for, the trucks that they requested.

Additionally this system allows E.R. Snell to always know who a truck is working for and where exactly they can be reached.

More efficient trucking was an intended outcome of E.R. Snell's investment in MMS. Company wide visibility into trucking performance metrics, was not. The information is displayed on large screens with intuitive graphics at the asphalt plants, and on smaller screens like tablets and smartphones through the app.

"I'd say the value add that we got that I didn't see coming was the managers' use of the app. They have found it from the foreman, up through the project manager, and even through the executive level. The use of the app has been invaluable for logistics and just, overall, a dashboard view of what's going on during the day," said Snell.

FleetWatcher's mobile app continuously relays information from GPS-enabled transponders in trucks to computer screens in offices and mobile phones or tablets out in the field. The increased visibility, along with an integration with E.R. Snell's asphalt plant software, allows everyone in the company to have a dashboard view of what the plant is doing and where trucks are at any given time.

In addition to integrating with its plant software, E.R. Snell also integrated with its accounting system, Viewpoint, to sync up job master information into project creation and updates within FleetWatcher. Being able to utilize trucking information seamlessly across the organization was yet another unforeseen benefit of switching their MMS.

FleetWatcher has helped shore up E.R. Snell's trucking operations in the present while preparing the company for the future.

During the COVID-19 pandemic, E.R. Snell was able to use FleetWatcher's e-ticketing software on one of its interstate resurfacing jobs to reduce the number of materials passed from hand to hand during a project. While e-ticketing isn't a constant across all jobsites, should the Department of Transportation require it on future jobs, Snell and his team will be ready.

Empowered by their new telematics system, the team at E.R. Snell Contractor Inc. was able to create efficiencies in their trucking operations using real-time data that allowed them to save money by creating accountability with their third-party truckers and by increasing access to operational information across the company. 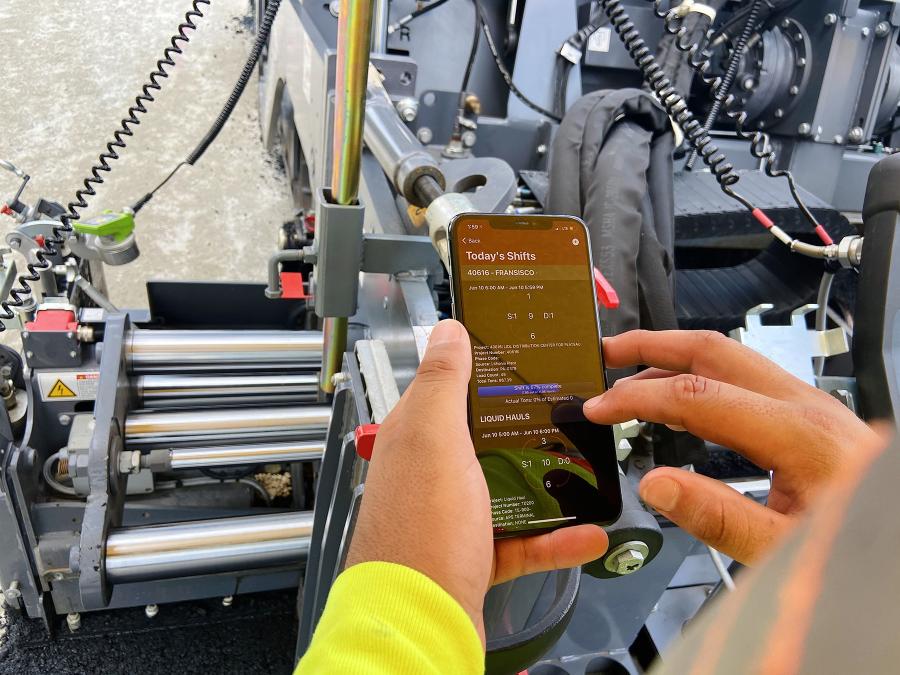 FleetWatcher's mobile app continuously relays information from GPS-enabled transponders in trucks to computer screens in offices and mobile phones or tablets out in the field.