The history of tracked loaders can be traced to the 1920s, when tractors were fitted with buckets that could be used for handling materials. 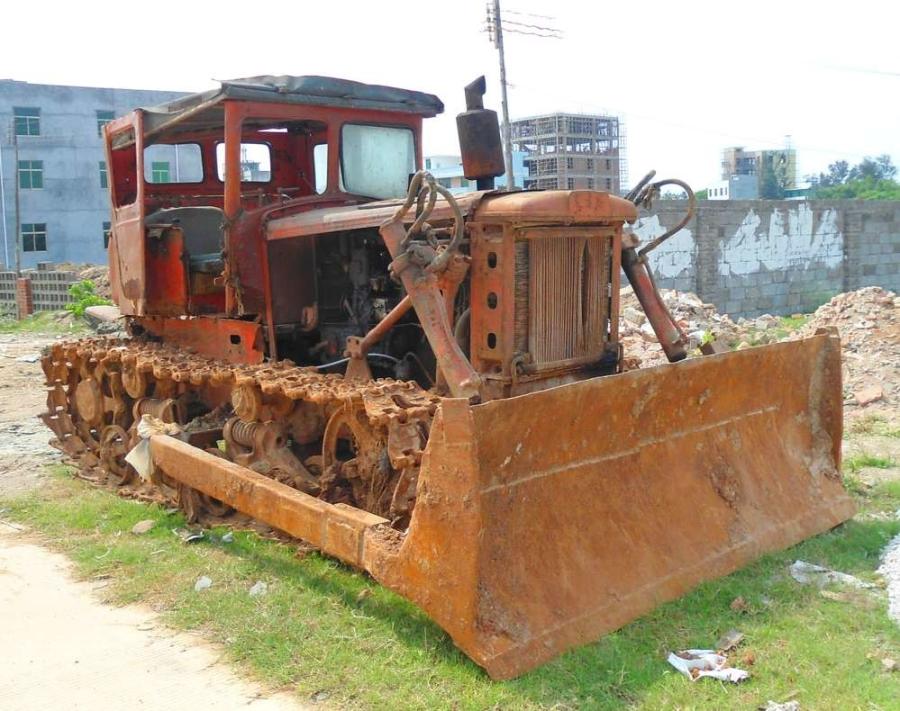 Tracked (or crawler) loaders are machines with a tracked chassis and a loader that can be used for digging and moving/loading materials. They are a versatile component of any fleet, able to perform many tasks. These days, loaders are most often needed to move heavy materials on a construction site. They are well-suited for moving wood chips, sand, rock and recycled materials. Crawler loaders move on tracks, which can be manufactured using different materials and a varying number of grousers to make them capable of maneuvering various surfaces. Hydrostatic drives simplify the operation of the machines. 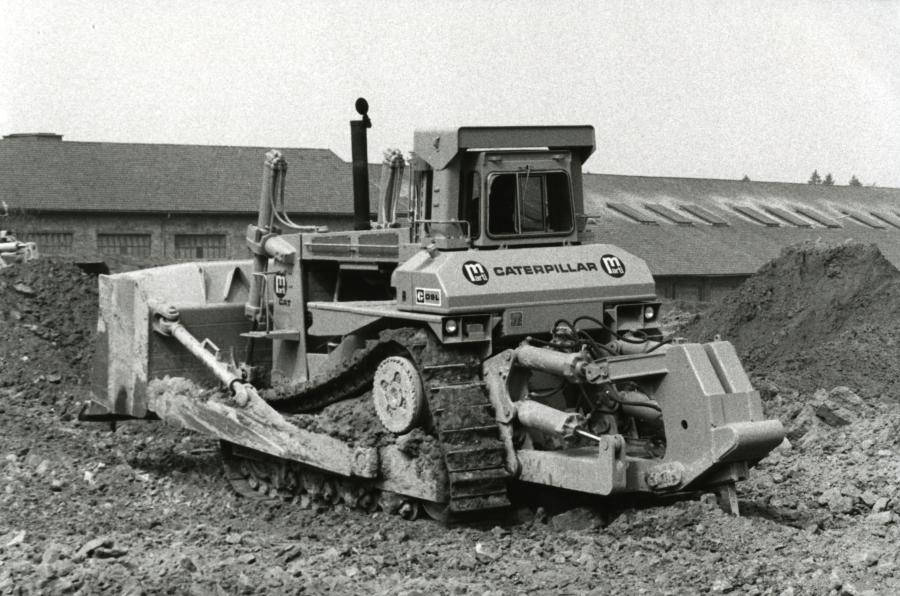 The history of tracked loaders can be traced to the 1920s, when tractors were fitted with buckets that could be used for handling materials. Then in the 1930s, an English company, E. Boydell, created a small loader that included a tractor and a small bucket.

While today's crawler tractors are built as integrated units to provide the correct balance and strength for excavation, early models were manufactured as loader shovel attachments for specific tractors. These attachments are known to have been constructed as early as the 1930s, and were operated by cables and latches.

Since that time, tracked loaders have reportedly had three notable evolutions in their design. The first versions, made from track tractors with scratch built loaders, were cable-operated like the bulldozers of that time. Both the loaders and the dozers lacked the ability to dig into hard ground, but worked well when performing tasks like moving materials and loading duties, such as railroad cars and trucks.

Hydraulic systems brought a major change for tracked loaders, increasing the power of the machine and allowing the application of down pressure to the bucket, which made it much easier to dig unworked ground with them.

The next major change was the addition of hydrostatic drive systems.

It is noted that one of the first companies to design crawler loader shovels was Trackson Company, which was founded in 1922. By 1936, the company was designing tractor equipment for Caterpillar, and within the next year, Trackson created a loader attachment specifically for Caterpillar tractors that had the innovation of cable-operated vertical lift capabilities. Known as “Traxcavators” they were mounted above the tractor hood, which often made the machine unstable.

The next step was to replace the cables with hydraulics, and Trackson was able to create a lighter attachment that was well-received in the industry. In fact, Caterpillar purchased Trackson Company in 1951 and adopted the Traxcavator name for all its crawler loaders. The company then began to build the loaders from the ground up rather than using attachments. The first integrated hydraulic crawler loader was released by Caterpillar in 1953, and was known as the No. 6 Traxcavator.

In 1946, Tractomotive, a company based in Chicago, designed the first hydraulically powered bucket. It was supplied to Allis-Chalmers, which then went on to buy Tractomotive and build some of the largest crawler tractors in the industry.

Around that same time, Bucyrus-Erie was building hydraulic attachments for International Harvester tractors. But it was Drott Company that was instrumental in helping International Harvester move into the crawler loader market. Drott designed a clamshell bucket that made the loader useful in four different ways as a loader, scraper, dozer, and clamshell.

Hoover Machine Co. Ltd. and Caterpillar created an overhead dozer that worked by excavating from the front. The material was then lifted over the top of the machine so it could be released on the other side. For obvious reasons, overhead cab protection was a must with this design.

Since that time, hydraulic excavators have gained popularity and brought a downturn to the need for crawler loaders. However, many are so large that they are difficult to move to various areas, making crawler loaders popular for companies that need to do specific tasks. 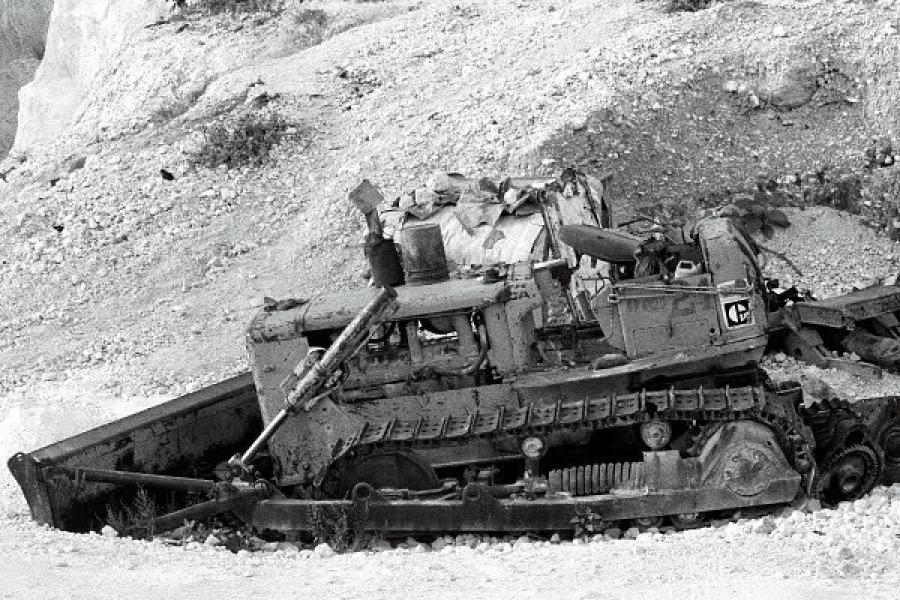 A bulldozer is defined as a crawler (continuous tracked tractor) equipped with a substantial metal plate (known as a blade). It is most often used to push large quantities of soil, sand, rubble, or other such material during construction or similar work. The machines are used in many different projects, including farming, engineering, mining, factories, and quarries. Although the term “bulldozer” refers to the actual blade, most people associate the name with the entire vehicle.

The tracks allow the dozers to have good ground-holding capability and mobility over even rough terrain. They are wide enough that the weight is distributed across the machine, preventing it from sinking even when the terrain is soft. This makes them good choices for numerous applications in construction, road building, and land clearing.

The first endless chain tread was reportedly developed by Benjamin Holt in 1904 for his steam traction engine. Around that time, the Hornsby Company in England converted a wheeled steam traction engine to a crawler format. This version was closer to what is known today as a bulldozer. because it was steered by controlling power to each track. Hornsby's patents were sold to Holt about a decade later.

A photographer working for Holt to take pictures of one of his crawler tractors commented that the rollers looked like a caterpillar when he saw the upside-down image through his camera lens. Holt reportedly liked the comparison, and used it as the name for his system.

The Caterpillar Tractor Company was formed in August, 1925, by the merger of Holt's company and its major competitor, the C. L. Best Gas Tractor Company.

The first designs for the bulldozer were made in 1923 by farmer James Cummings and draftsman J. Earl McLeod, and a patent was issued on Jan. 6, 1925, for what was called an “attachment for tractors.”

Tracked vehicles became common in the 1920s, such as the Caterpillar 60. They were equipped with thick metal plates in the front to enable them to complete earth-moving tasks. By 1929, attachments included three main types of bulldozer blades: a U-blade for pushing and carrying dirt for longer distances; a straight blade for spreading piles of dirt; and a brush rake for brush and roots.

Over the years, dozers have been modified to fit the jobs that they are needed for. One example of this is a smaller machine to be used in tight areas, such as in mining.

As the size of the machines grew to meet the demands of the industry, they also became more sophisticated. This included the addition of automatic transmissions, hydraulic cylinders and electric motors, and grade control that was automatic.