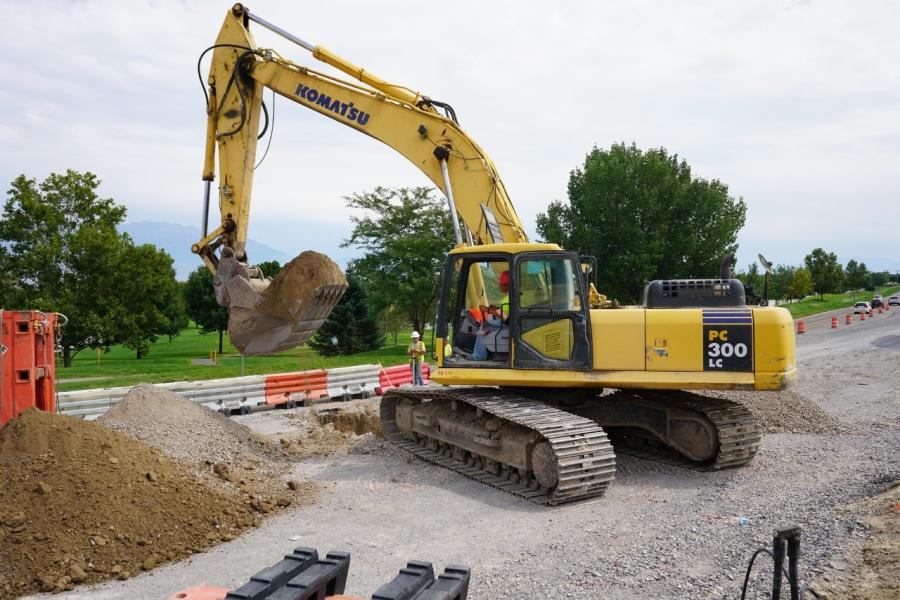 UDOT is project manager of Redwood Road Improved and prior to construction,managed the design phase of the project. (Utah Department of Transportation photo)

Improvements also will be made at Pony Express Parkway and Grandview Boulevard intersections. Revenue for the project, known as Redwood Road Improved, is provided primarily through federal funds.

Construction on the two-phased project is expected to wrap up in late 2018. The cost of construction is $6.8 million.

UDOT is project manager of Redwood Road Improved and prior to construction, managed the design phase of the project.

Redwood Road Improved is running on schedule and at budget. But getting the project rolling was not easy for the Utah Department of Transportation.

Obtaining right-of-way for road widening was a difficult process, as it required removal of some residential landscaping.

“We have worked closely with homeowners' associations to address property impacts and concerns about landscaping,” said Eileen Barron region 3 communications manager. “The look and feel of the corridor is important to the community, so we are working closely with the city and residents to restore landscaping and other features disturbed by the widening.”

That made development of construction schedules more difficult.

Also, addressing green space and landscaping along the corridor has been a key concern for the city and required extensive coordination.

“Saratoga Springs is experiencing tremendous growth,” Barron said. “Widening Redwood road and improving intersections will help people get where they want to go, saving time and improving quality of life.”

Redwood Road is the main north-south corridor south of Pioneer Crossing and is in a busy part of Saratoga Springs. It will be widened from three to five lanes to reduce congestion and extend the life of the roadway.

Along with widening the road, crews will add traffic signals at the intersections to improve access to Redwood Road. Crews also will construct a new east-west continuous flow intersection at Pioneer Crossing.

A continuous flow intersection, also known as a displaced left turn, is an at-grade intersection that allows opposing left-hand turns and through traffic to occur at the same time with one signal. Left-hand turns are made possible by moving the left-turn lanes to the far-left side of the roadway beyond opposing traffic.

Workers will resurface Redwood Road from 400 South to mile post 17, about 7 mi. south of the Saratoga Springs city limits, and install new traffic signals at Ring Road and Stillwater Drive.

Granite Construction Co. was awarded the job in June of this year following a bid process and began construction on July 17.

Granite is one of the nation's largest infrastructure contractors and construction materials producers, specializing in complex infrastructure projects, including transportation, industrial and federal contracting.

Major subcontractors on the job include SCI (Sorensen Companies Inc.) of Syracuse, Utah; MC Contractors of Kamas, Utah; Romero Construction Inc. of Willard, Utah and IMS Masonry of Lindon, Utah. Between six and 14 workers are on the job daily.

Steel plates have been placed over the utility manholes to allow the concrete collars time to cure. Sidewalks have been removed on Grandview Boulevard from Lake View Terrace Road to Redwood Road.

Sidewalks will be reconstructed along with the remainder of the roadway.

In mid-September, crews began micro-surfacing of a 10-mi. stretch of Village Parkway South.

Micro-surfacing adds a thin protective layer to the newly paved road. It extends the life of the roadway and provides a smooth driving surface.

Other jobs that began in mid-September include shoulder grading adjacent to the paved roadway; pavement marking and striping; asphalt removal and paving south of Harbor Parkway; asphalt paving on widened shoulders and drainage work.

Construction crews are on the job from 7 a.m. to 7 p.m. Monday through Saturday. The night schedule is from 6 p.m. Sunday through Friday and Saturdays as needed.

A side dump truck consists of a three-axle tractor pulling a two-axle semi-trailer. It has hydraulic rams which tilt the dump body onto its side, spilling the material to either the left or right side of the trailer.

A semi-end dump is a tractor-trailer combination wherein the trailer itself contains the hydraulic hoist. In the United States a typical semi-end dump has a three-axle tractor pulling a two-axle trailer with dual tires.

Use of asphalt will be considerable over the course of the project. The contractor expects to lay about 26,000 tons of asphalt.

Soil did not have to be brought in or removed for the project.

Although most work will be performed during the day, residents and businesses can expect occasional nighttime work throughout the project. Construction could cause some travel delays and changing traffic patterns, reduced speeds and lane closures during off-peak hours.

UDOT expects to have all travel lanes open during the morning and evening commutes to minimize delays during construction.