Three workers were killed at a construction site in Key Largo. 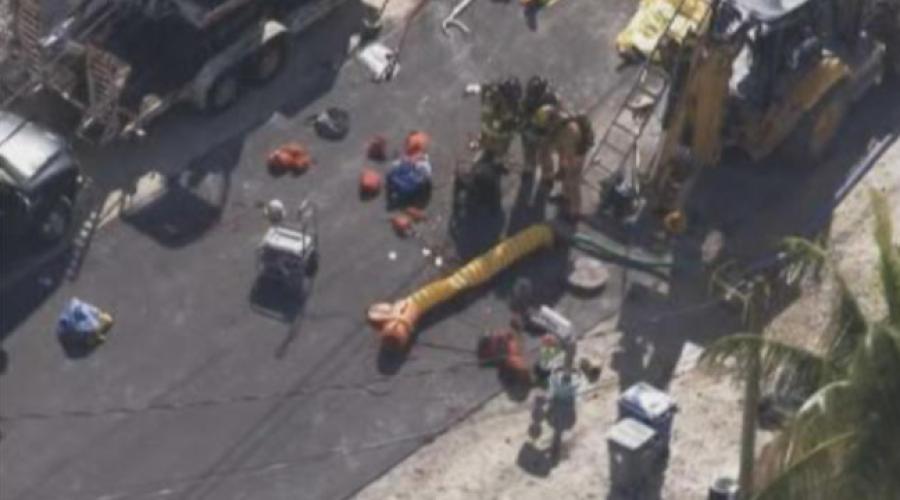 Multiple people began to rescue the workers from the manhole.

Rescue crews are still at the scene of the accident.

Monroe County Sheriff's deputies say workers became trapped when they went underneath the newly paved road to see why it was settling. Multiple people began to rescue the workers from the manhole.

Two of the workers were pronounced dead while a third worker has not been found and is presumed dead. A volunteer firefighter who was part of the rescue effort was airlifted to Jackson Memorial Hospital in Miami while two deputies were taken to the hospital for observation.

Homes in the area were evacuated as a precaution as HAZMAT teams from Miami-Dade County were called in to help.

The incident remains under investigation.

Update 8:02a.m. 1/17/17- The three workers who were killed were identified as Elway Gray, Louis O'Keefe and Robert Wilson. A volunteer firefighter, identified as Leonardo Moreno, who was part of the rescue effort was airlifted to Jackson Memorial Hospital in Miami. He was expected to be sedated for a few days. Two deputies were also taken to the hospital for observation