Wheeler Machinery Co. was awarded the 2016 Best of State Statue for Community Development. 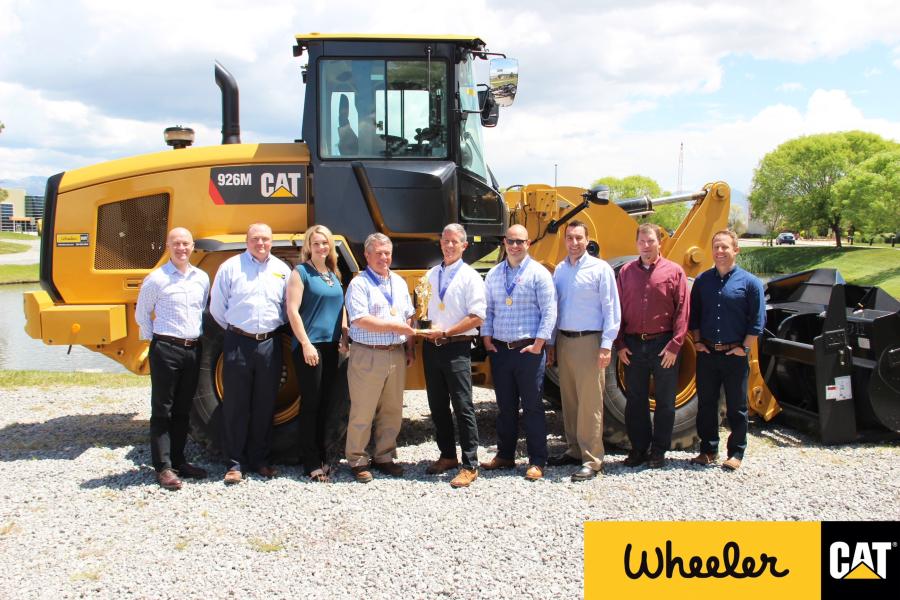 Candidates are evaluated by more than 100 judges for achievement in their field of endeavor, innovation and creativity in their approaches and methods as well as their contribution to the quality of life in Utah. Among the 400 Best of State medalists, Wheeler was one of 10 BOSS winners for earning the highest score in the division of Community Development.

Wheeler was bestowed with this honor due in large part to its firm commitment to be a valued neighbor in the communities in which its employees live and work. Wheeler routinely donates money, volunteer hours and machines to support various community initiatives including cleanup efforts, park beautification and trail construction as well as high school sports, food drives and rodeos.

An example of Wheeler contributing to the quality of life in Utah is its partnership with Utah Food Bank. For 2016, Wheeler was named Utah Food Bank's “Corporate Group of the Year” based on its adoption of three schools in the Granite District where 50 percent or more of students qualify for free or reduced-cost school lunches. These Mobile School Pantries provided monthly food assistance to 1,316 children and their families for the 2015 to 2016 school year.

Additionally, 40 percent of Wheeler's workforce is participating in this partnership with Utah Food Bank via voluntary payroll deductions, which the company matches 2 to 1, volunteer service and/or giving food.

Wheeler was also honored with Best of State Medals in the division of Production and Manufacturing for both Machinery and Wholesale Goods.