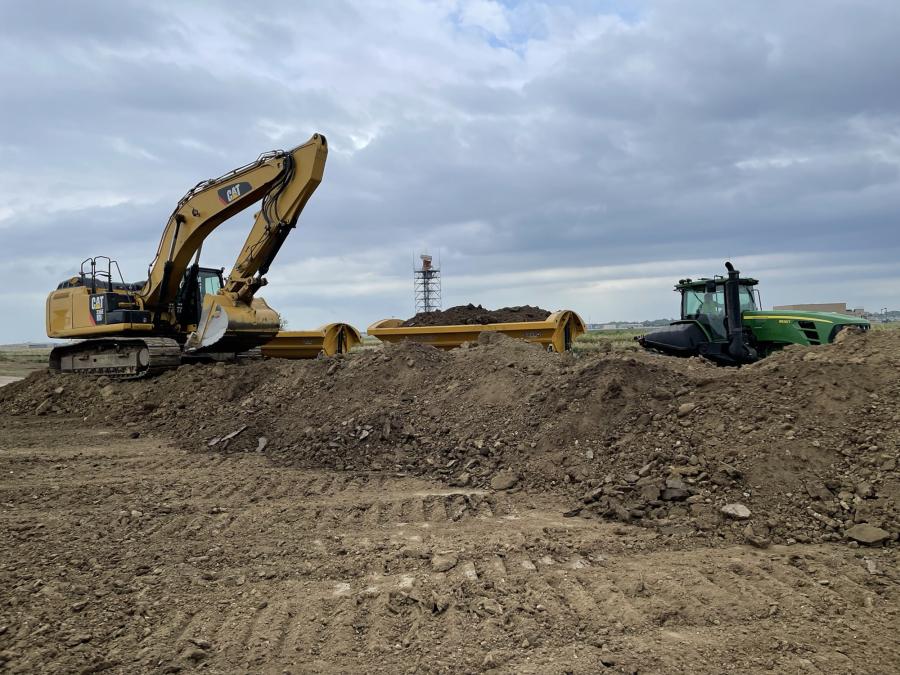 By summer 2022, athletes will be taking advantage of a major expansion of the Sanford Sports Complex in Sioux Falls, S.D. The $40 million undertaking, which calls for 18 fully-lit synthetic fields, is considered the biggest turf field project in the country, with nearly 1.7 million sq. ft. of turf. 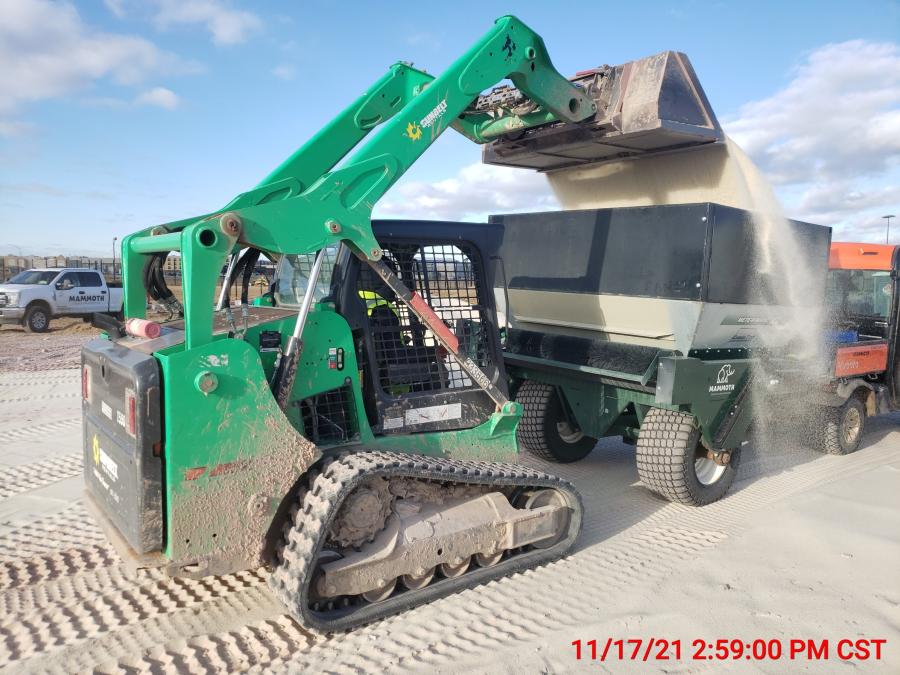 Located on roughly 500 acres, the Sanford Sports Complex has hosted both national and regional sports events at its various facilities, including the Sanford Pentagon and Sanford Fieldhouse.

"We estimate these fields will bring more than one million new visitors to the sports complex over the first five years, which will bring significant economic activity to the city, state and region, as well as serve as a catalyst for future development on the campus and neighboring land," he said.

Young said the general contractor — Mammoth Sports Construction — was the ideal choice for this project.

"It's their mission to create an environment where everyone is challenged to find the best in themselves and each other, and to ultimately build a place where passion and community collide. Combine that with their proven track record of success, and it was a natural fit."

Young said constructing so many fully synthetic fields that are fully lit will be a major accomplishment.

"It's very significant. We can't take the weather variability away in this region. We all live and adapt to it, but the turf and lights help us honor our commitment to providing opportunities much more consistently, especially to those who travel from far away."

According to Matt Hohn, Mammoth vice president of construction operations, the project is not without its share of concerns.

"Sioux Falls is a booming city and region, so the permitting process took a little longer than we expected, due to the influx of economic growth in the area. Overall, we have overcome a number of challenges, including fall rain amounts greater than this area has seen in years. That itself is one of the largest challenges on this project, with 90 percent of the work being weather dependent."

Construction began in June 2021 and is still on track for an overall completion this August. The work is in two phases, with the Phase 1 baseball/softball portion of the complex wrapping up in July.

Mass excavation has already taken place, along with storm sewer installation, fencing posts and base material on all fields in baseball and softball.

Site preparation for the open ground was no small task for crews. 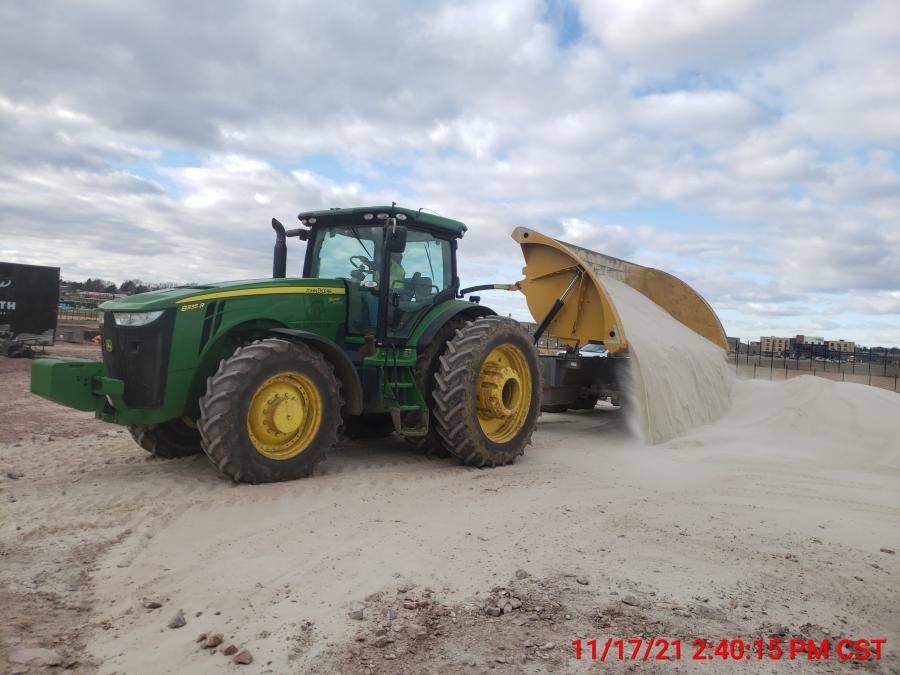 "With a job like this, it's almost all site work, to a degree," said Hohn. "We have only 5,300 square feet of building space on 173 acres, so as you can imagine, that's a lot of site to take care of. The rest will be playing fields, parking lots and native landscaping and wetlands."

Roughly 400,000 cu. yds. of dirt and materials will be moved during construction. Most of the major erosion control will be installed later in and around the detention ponds and around the site.

Hohn said drainage is paramount in the operation and function of the synthetic fields.

"These fields essentially act like giant detention basins, in the sense that they help control the amount of water that leaves the site and enters the storm system. This whole facility is a large drainage and detention basin really, holding water before it enters the river or acts as a flood zone, below the fields, during periods of high water. There are several detention ponds on the property as well, to help control storm runoff."

"They are made up of a 20-inch profile of drainage rocks, geo fabrics and finishing rock, turf, concrete, fencing, block dugouts and backstop netting," said Hohn.

With the work more than 50 percent complete, a number of tasks remain, including building construction; turf installation; landscaping; and concrete paving.

The elements continue to be a factor.

"The forecast literally means everything on this site and has to this point. When it rains or is negative 20 outside, there are very few things that can be done on a site like this," he said.

"Those are all of our targets that happen at different dates," said Hohn.

As for heavy machinery needed on the project, "We've utilized lots of Caterpillar, Komatsu, John Deere and Bobcat equipment on site. There were tons of pieces, including scrapers, front end loaders, side dump, haul trucks, tractors, skid loaders and bulldozers," he said.

For those involved in the project, the work is both a major commitment and an honor. 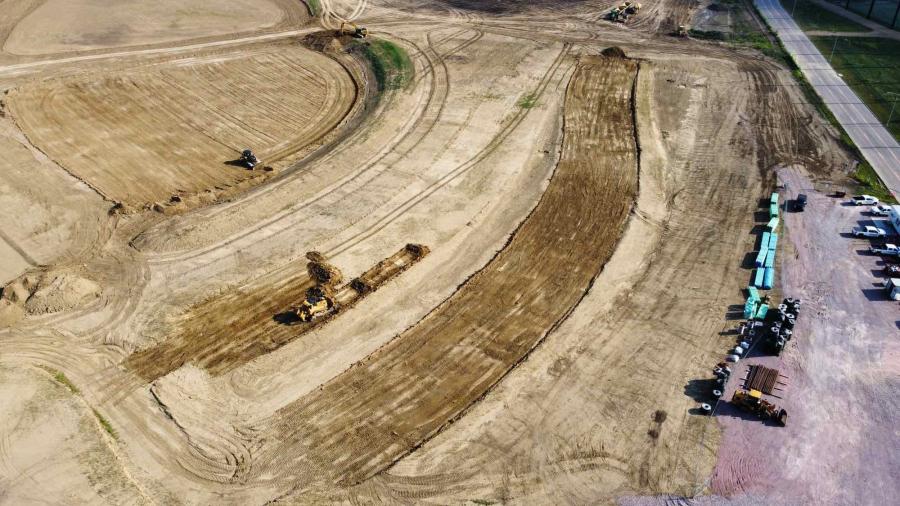 "This is an iconic project for Mammoth and for Sanford," said Hohn. "There isn't a project this large in the country currently, or when it started, that has a larger footprint of synthetic playing surfaces. This project will be a key component to the growth that we are seeing in Sioux Falls, and it will impact this community and sports throughout the region. We could not be more excited to be a part of it, and, as members of the community, watch our kids play here someday."

Young added, "Through this commitment to our community and the generosity from Denny Sanford, we now have a pathway to finish transforming this farmland to a community asset that improves the human condition through fertile soil that produces an abundant harvest of health, wellness and hope for generations to come." CEG