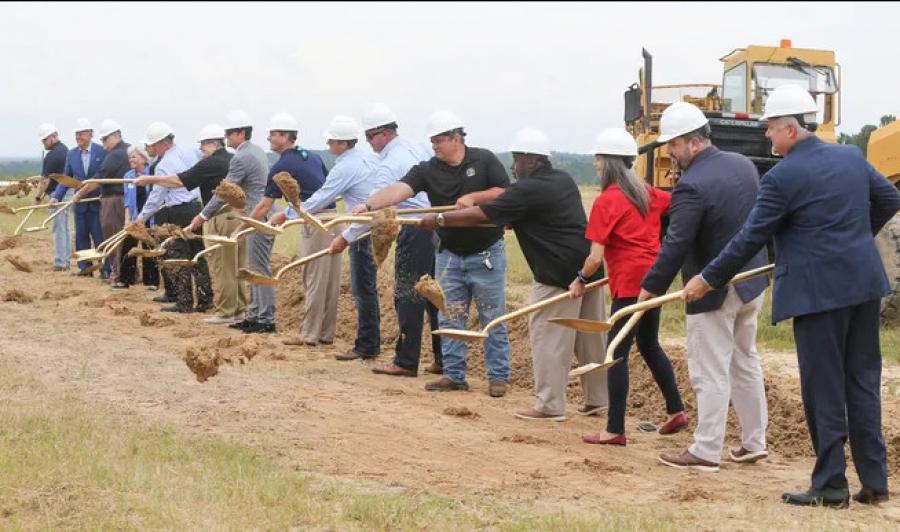 Okaloosa County, Fla., officially broke ground for the largest phase of the Southwest Crestview Bypass construction project in mid-September, marking a huge milestone, not only for the town of Crestview, but for the entirety of the state's far northwest.

Sixteen officials who had or have a hand in the ongoing Southwest Crestview Bypass project used gold-painted shovels to break ground on the $200 million effort.

Marianna-based Anderson Columbia Co. is the contractor for the work.

The job ahead could be completed in two or three years and is expected to help relieve traffic on often heavily congested Florida Highway 85 and other nearby roads, noted the Northwest Florida Daily News in Fort Walton Beach.

It will include construction of 6.5 mi. of new roads, Okaloosa County Public Works Director Jason Autrey said at the ceremony.

The event took place off Arena Road on a part of the Crestview sewage plant spray fields where the bypass's north-south segment will meet its main "east-west connector" road.

Okaloosa County residents are the real winners of the bypass project, Autrey told the crowd, which included various government officials. Although county residents will benefit from the bypass once it is operational, he admitted that area residents are "going to hate us for a couple of years as we go through this construction process. I understand what growing pains are, but very clearly the citizens have the vision of where we're going to end up."

He then highlighted the voter-approved local option half-cent sales tax that took effect in January 2019 and made the bypass project a reality as it provided $34 million in construction funding.

The Daily News reported that those monies served as "skin in the game" and led to the Triumph Gulf Coast Board awarding $64.1 million in settlement funds from the 2010 BP Deepwater Horizon oil spill to the road project. In addition, $100 million in state funding will pay for a new Interstate 10 interchange that will be built by the Florida Department of Transportation (FDOT) and tie into the bypass.

Design and construction elements of the project include:

Besides comments from Autrey, the construction kickoff event featured remarks from, among others, Triumph Gulf Coast Board Chairman Don Gaetz and his son, U.S. Rep. Matt Gaetz, according to the Daily News.

"To all the families who sacrifice their time to traffic on Highway 85, to all the businesses who rely on workers to traverse our roads, the message today is clear: Help is on the way," Matt Gaetz said. "We are going to have the most significant infrastructure and economic development project here in all of northwest Florida, and it is a testament to the strong cooperation and the strong local leadership."

Among other benefits, the bypass will help local military service members move more easily between the region's nearby bases, he explained.

The $64.1 million in Triumph money for the bypass represents the largest of the more than 60 grants that have been awarded by the non-profit corporation, Don Gaetz said.

The groundbreaking took place near the middle of an estimated 7,000 acres of undeveloped land between I-10 and U.S. 90. About 5,000 of the acres are in unincorporated Okaloosa County and the remainder is within Crestview's city limits, City Manager Tim Bolduc told the Daily News.

Once it is finished, the Southwest Crestview Bypass will lead to much of the land being developed with commercial and residential projects, the news outlet reported. Properties in the larger, unincorporated section will receive city water and sewer service, and many of them could be annexed into Crestview, Bolduc said. 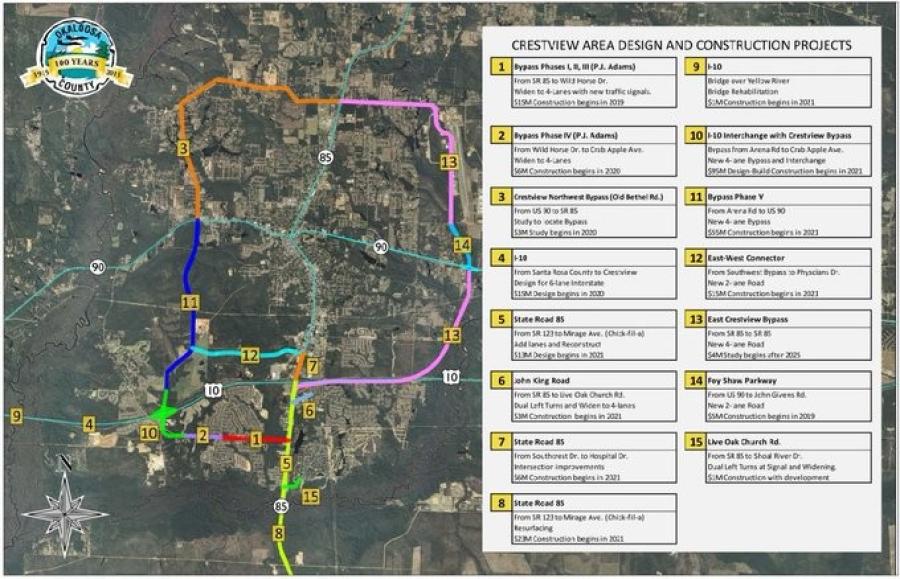