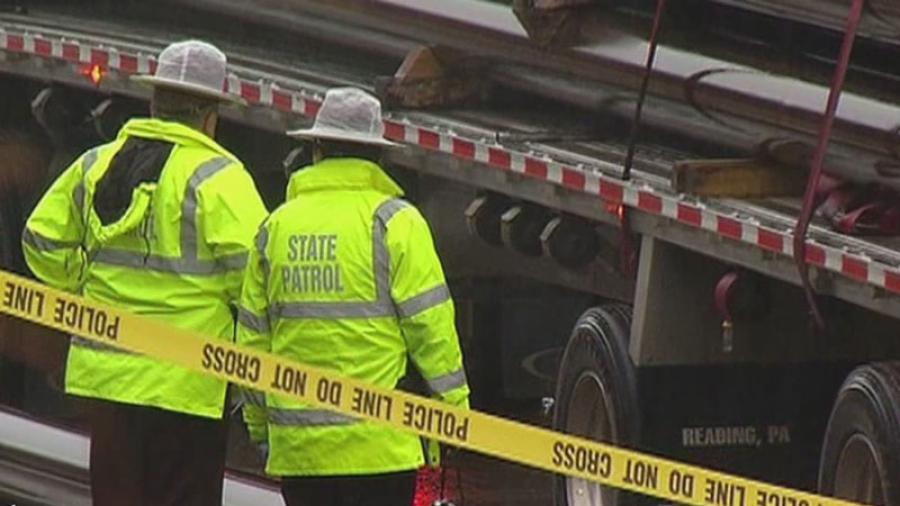 Construction workers at the scene say the pipe weighed about 2,500 pounds.

A worker is dead following an accident at a Highway 169 construction site.

The Minnesota State Patrol on Monday confirmed 38-year-old David Earl Hyde of Missouri was killed when a large metal pipe was dislodged from a trailer and fell on him.

The accident happened about 2:30 p.m. on the Highway 169 southbound ramp at the intersection with Londonderry Drive in Minnetonka.

Public Information Officer Lt. Tiffani Nelson said Hyde had been in the process of helping to unload a metal pipe from the trailer. Burnsville-based Ames Construction said workers at the site delivered first aid immediately and until paramedics arrived.

The state patrol said Hyde was pronounced dead at the scene.

Construction workers at the scene say the pipe weighed about 2,500 pounds.

The company says the Occupational Safety and Health Administration has been notified, and that the State Patrol and other agencies are investigating.

For the full story, visit KSTP website at http://url.ie/11ows.