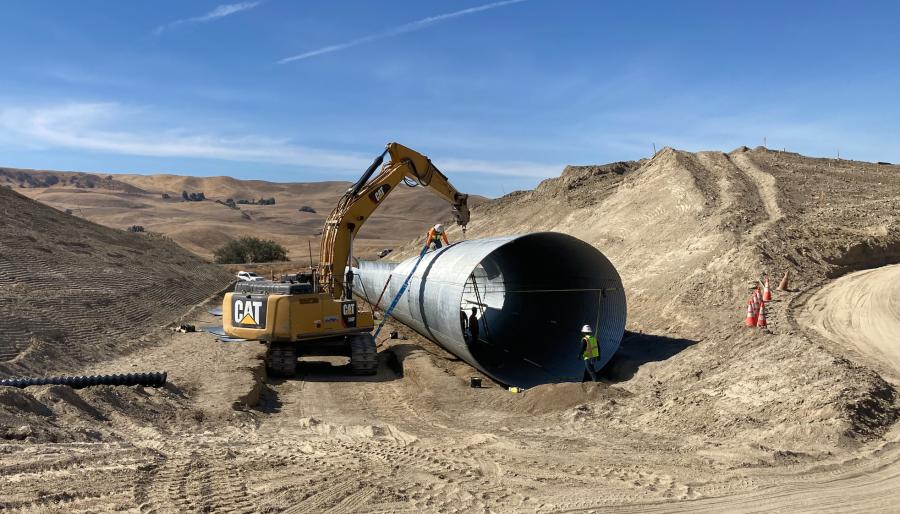 Atkinson Construction recently performed upgrades to State Route 46, a critical east-west road road that connects the Central Coast and Central Valley. Part of the project consisted of constructing box culverts, which was completed in August. (Photo courtesy of Caltrans.)

Motorists understand that it can be aggravating — and even dangerous — being trapped behind a line of tractor trailers going in the same direction. Caltrans and crews from Atkinson Construction are removing some of the aggravation and adding safety to a stretch of State Route 46 in central California. 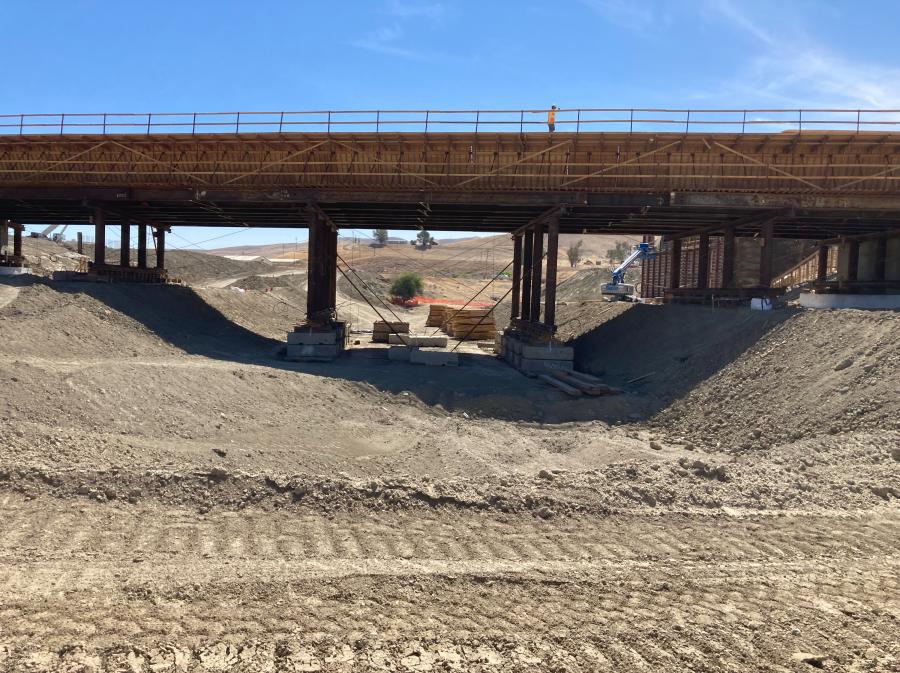 Called the Highway 46 Corridor Project, State Route 46 between Paso Robles and Cholame is a critical east-west road that connects the Central Coast and Central Valley. This road is one of the few east-west routes linking I-5 to U.S. Highway 101. This route serves both interregional and interstate traffic. It also is used by commuters of Paso Robles, Cholame, Shandon and Whitley Gardens.

The project is part of a grand plan begun more than a decade ago. The first three sections covered 18 mi. and have already been completed. Construction on the current section of the Highway 46 Corridor is 5 mi. and will be expected to run from early this year to 2024. The final two phases are the Wye phase and the Antelope grade. The Wye phase is planned for start of construction in March 2023 and Antelope Grade is in the design phase.

The Cholame phase calls for huge amounts of dirt to be removed by scrapers and dozers for placement in other areas of the project. Relocating the dirt will allow room for additional lanes of traffic and for the realignment of the current road to a safer configuration.

The contractor began moving dirt on March 17 and began work on the first bridge on May 1. Workers completed construction of all of the box culverts in August. These structures will serve both for drainage and as wildlife crossings. Despite the massive size of the earthmoving and wildlife protection phases, no specialized equipment has been needed. So far, Atkinson has employed mostly dozers, scrapers and water trucks. Motor graders are being used to flatten and smooth the ground in preparation for paving.

Work teams are currently building slopes for the future roadway and to place permanent erosion control on finished slopes ahead of the winter. The finished surface will be of continuously reinforced concrete paving (CRCP).

Construction on this 5-mi. section of CA 46 will cost approximately $116 million and will be a key part of the corridor.

"This widening project follows four completed segments and will make Highway 46 a four-lane, divided expressway from U.S. 101 in Paso Robles to I-5 in Lost Hills, Kern County," said Alexa Bertola, spokesperson of Caltrans District 5. "The project promises to save time for motorists, enhance safety and ease congestion."

"This investment follows our ‘fix-it-first' commitment to repair California's aging infrastructure, while at the same time increasing transit and active transportation options," said Caltrans Director Toks Omishakin. "These projects will make our transportation system safer and more convenient for all users and create thousands of good paying jobs in the process." 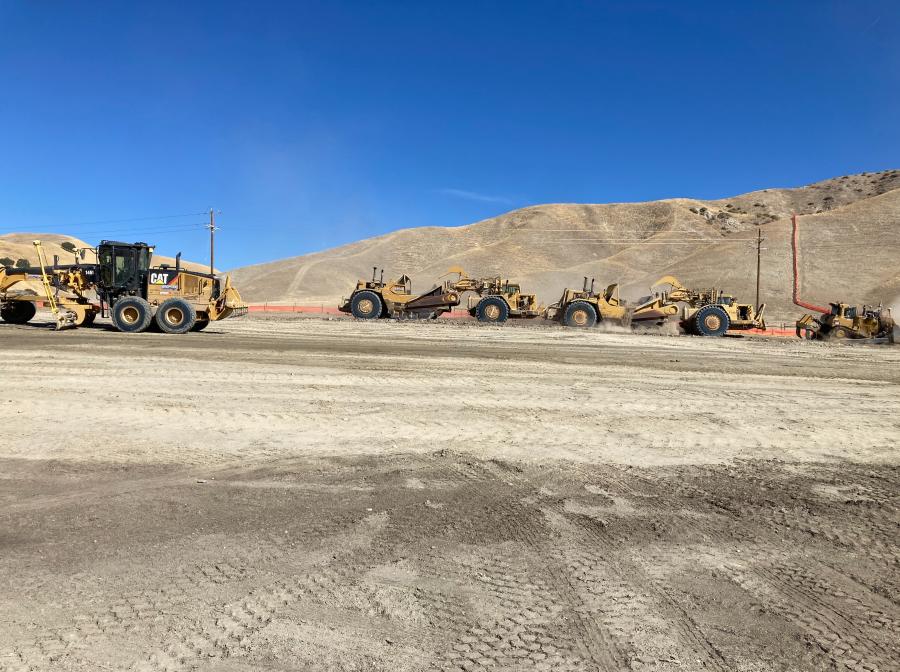 Bertola noted that from the beginning of the work in March, project planners have kept their eyes on environmental concerns. So far, approximately 1.3 million cu. yds. of dirt has been removed and transported to a place where fill is needed for embankments and other support for the new road. This has saved the need for trucking in thousands of loads of fill dirt.

After construction of the new alignment, the existing road will be removed and material will be used as subbase for new eastbound lanes.

"This project will have three stages with the first being the dirt work for the road realignment," said Bertola.

The existing asphalt roadway and base will be removed and used as subgrade support.

"It was important to design the project so that it does not waste useful material," said Bertola. "This sensible step minimizes our carbon footprint."

The environmental concerns extend beyond recycling of material.

"The project has two jurisdictional waterways and seven species protection areas," said Bertola. "There are 18 sensitive species known to exist in the project area."

The construction team is working with specialists to prevent harming wildlife. In addition, Atkinson Construction, the lead contractor on the project, has installed fencing to keep sensitive species out of the work area.

"Biologists performed surveys and burrow excavations prior to the start of the work," said Bertola. CEG