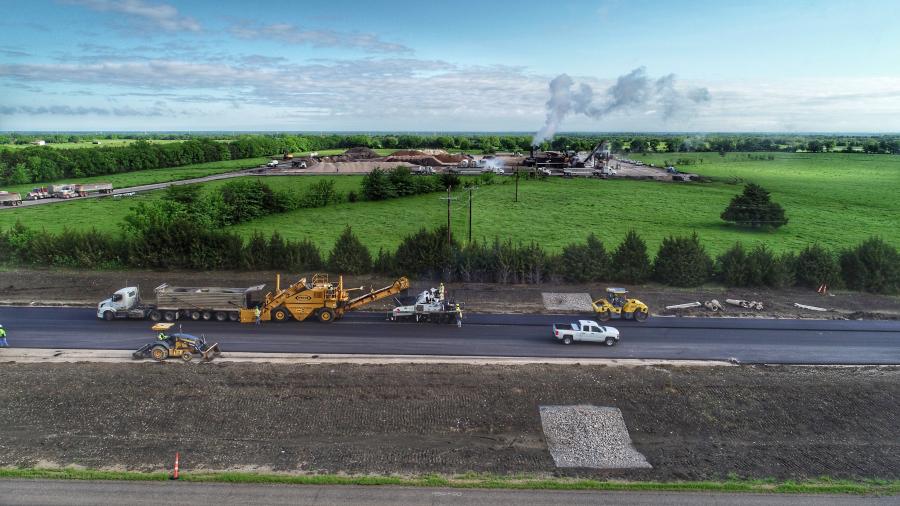 General contractor Austin Bridge & Roads has completed all seven bridges; cast-in-place and precast drainage extensions with head and wing walls; and 18.5 mi. of the new westbound roadway for the $71 million project on U.S. 82.

Austin Bridge & Road LP (ABR) has overcome serious challenges to push forward on the Texas Department of Transportation's highway widening project that covers 20 mi. of highway in Fannin County in order to complete the $71.5 million project in July 2021.

The project, which began on Oct. 8, 2018, is expanding the highway on U.S. 82 from two lanes to a four-lane divided highway with a depressed median, from ½ mi. west of State Highway 121 in Bonham, Texas, eastward to approximately 6/10 of a mi. east of State Highway 56 in Honey Grove, Texas. Other elements of the project includ the construction of seven bridges and drainage infrastructure.

Thus far, ABR has completed construction of all seven bridges; cast-in-place and precast drainage extensions with head and wing walls; and 18.5 mi. of the new westbound roadway, of which, the eastern 10-mi. section has been opened to the traveling public by executing a partnering change to construct a temporary detour mid-project. 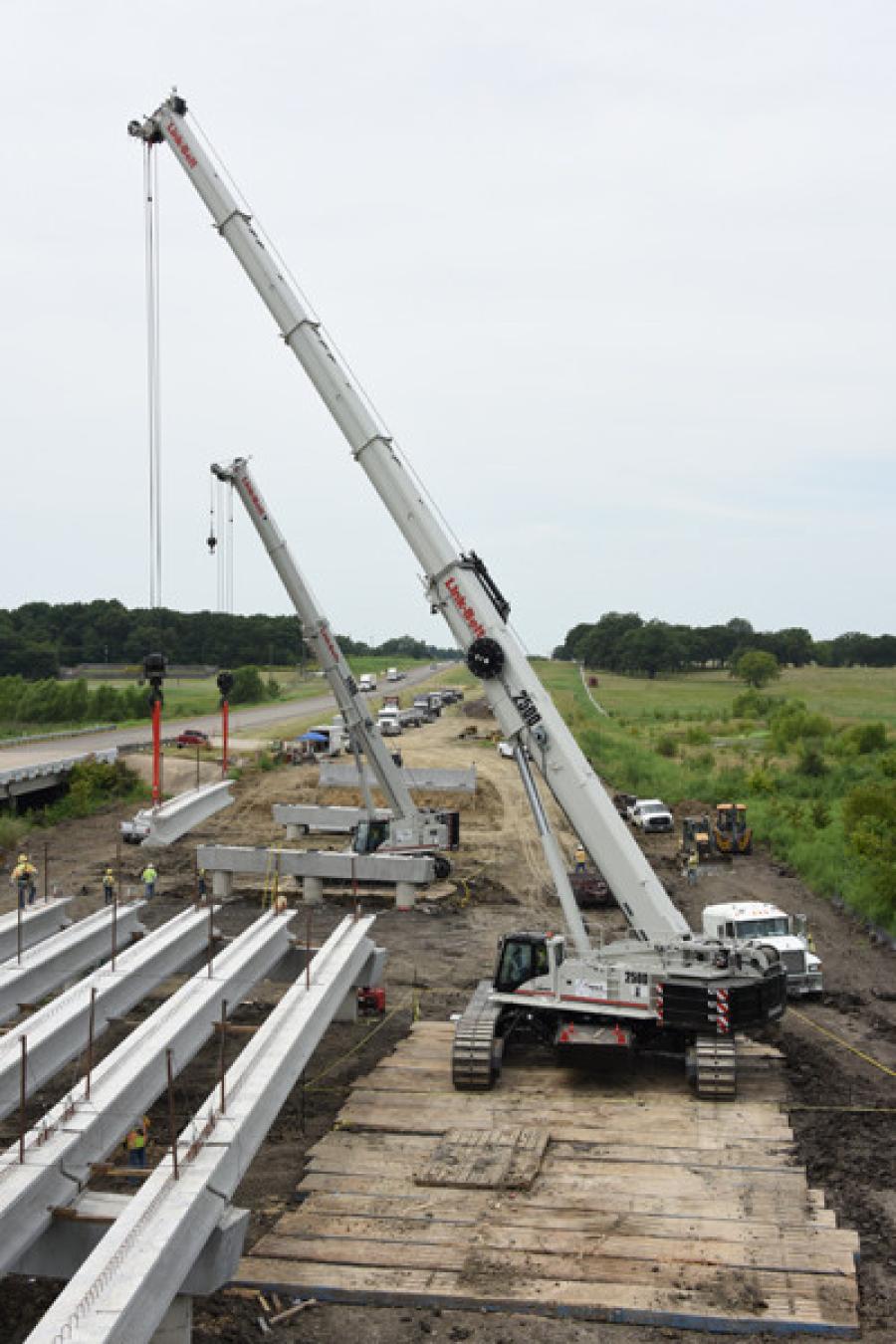 Once the remaining 1.5 mi. are completed, the westbound traffic on the existing lanes will be switched to the new westbound lanes so the existing lanes can be transformed into the new eastbound lanes by constructing turn lanes and crossovers and a 2-in. overlay. The overlay is being done in accordance with the proposed plans and TxDOT specifications.

"We were able to start milling operations and turn lane/crossover construction for Phase 2A on the eastern 10-mile section because of a proposed change to TxDOT, allowing us to open up the westbound lanes in that half of the project to the traveling public," said Thomas Burr, ABR's  senior project manager. "We have made a couple of large changes that have helped TxDOT financially and ABR in advancing the schedule. The plans called out for a secondary seal coat on top of the base asphalt and underneath the surface asphalt. The secondary seal coat is season controlled and not temperature controlled like asphalt is. We proposed a spray paver option, controlled by temperature, allowing us to schedule paving operations through November, instead of stopping near the end of October."

Construction crews had to overcome weather issues to start.

"It immediately started raining and we had one of the wettest winters on record for Texas between October and March," said Burr. "We encountered poor subgrade conditions, with change orders from TxDOT to remove and replace the poor soil with stable material. Additionally, we were required to perform some subgrade stabilization to progress the work. This job is south of the Red River and if there is rainy weather in the area, it's more than likely that we're going to get it.

"Because we made several modifications to the plans and poor site conditions delayed the proposed work, TxDOT and ABR agreed to track days lost and gained and discuss at the end of the project," he added. "We lost around 50 days due to the poor subgrade conditions, however, with the paving change, our schedule showed an 80 day gain, netting 30 days ahead of the original schedule."

The poor soils were removed due to the high water content with PIs in the 60s and 70s.

"It was pumping water underneath the construction equipment," said Burr. "Utility impacts have been minimal – there were some miscellaneous water lines and electrical lines from traffic signal poles. It's a fairly wide right-of-way, so initially we had plenty of room for phases 1A and 1B – between 100 and 150 feet. But space was lost as we constructed lanes, ditch lines, and backslopes. Phases 2A and 2B will be your typical phased up construction within a divided highway, with lane closures on each side and working in the median area." 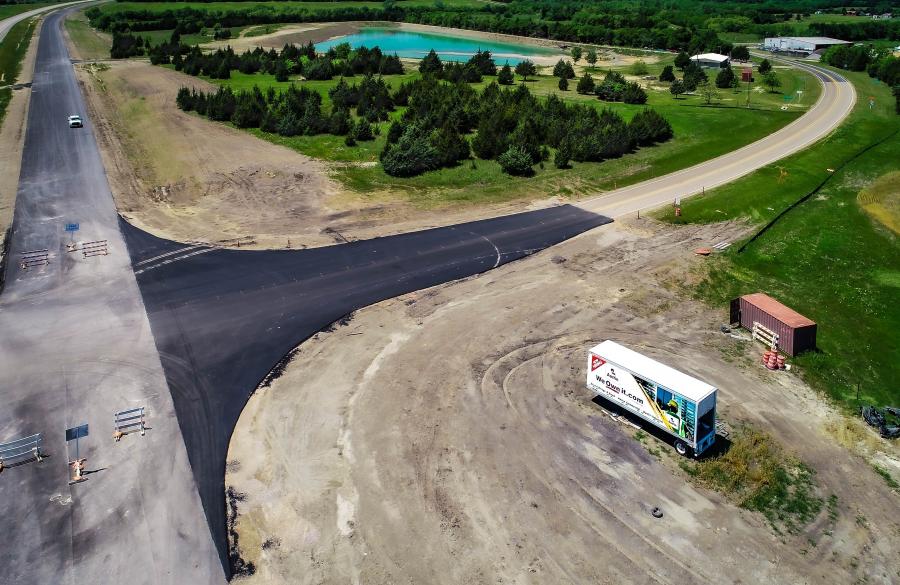 "Because we started in the wet season, we worked with the bridges that were over traffic as they had a hard surface underneath and we didn't have much difficulty with gaining access," said Burr. "We were also able to construct the Bullard Creek Bridge. We had to wait for the dry season for the last three bridges and because the ground conditions were so poor in these areas, we had to remove some of the soil and replace with more stable soil so we could gain access with our equipment."

Two self-assembling/disassembling Link-Belt telescopic crawler cranes – a 140 ton and 250 ton – were used to help set beams at the Bois D'arc Creek, Bois D'arc Relief and Sloan Creek bridges, which were ¾ of a mi. from each other.

"These creeks have flooded many times over the recent months, creating inaccessible conditions for the heavy equipment required to set the concrete beams," said Burr. "The earth work operators excavated up to 8 feet of unusable material, replacing with dry, compactable material. Even after the soil replacement was complete, the ground conditions were not desirable for the heavy cranes. Therefore, the areas where the cranes would be turning to gain access between bents and/or crawling with a beam in mid-air, were additionally stabilized with crane mats.

"Purchasing crane mats to stabilize all the work areas in advance would have been very costly, therefore the structures crew setting the concrete beams was required to move crane mats before, during and after each span of beams were set, sometimes multiple times a day," he added.

Despite the undesirable ground conditions, adverse temperatures and many other challenges, ABR successfully and safely set 115 TX40 concrete beams – 80- to 95-ft. in length, with each beam set completed by two cranes working in sync at three bridge locations, 23 different pick locations and 12 crane mobilizations in 18 working days.

On the west end of the westbound lanes, three new ramps are being constructed near SH78 and SH121 (two exit and one on), on the eastbound lanes, an existing crossover/ramp is being modified to eliminate the crossover and extend the on-ramp to meet TxDOT specifications. 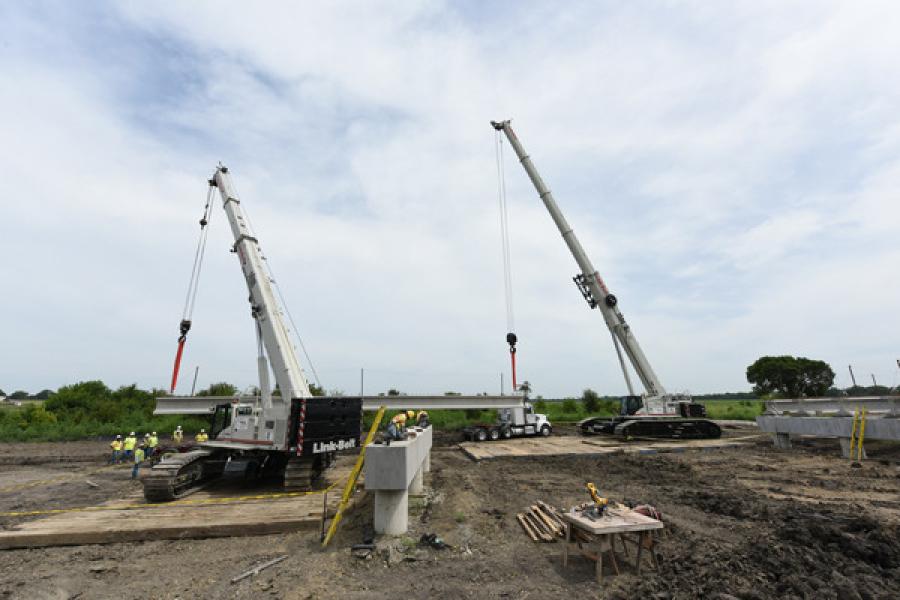 Southern Cross is the subcontractor installing the permanent road signs as back fill and seeding operations complete. To-date, the permanent signs have been installed for the east 10 mi. section, with installation in progress for the western section.

The new lanes are being constructed on green land. TxDOT restricted construction to 5 mi. of disturbed soil, and the areas had to be seeded prior to advancing. Hammett Excavation Inc. was responsible for the earth work, site prep and flex base installation.

"As soon as they finished two miles, we were right behind them doing the backfill work, seeding and paving," said Burr. "We never had that 5-mile section because we were right behind them building the road. In 2019, the weather was really good in late spring all the way through fall and Hammett was able to perform it operations quickly, pushing the five-mile threshold. We told TxDOT we're going to build continuously with multiple operations in succession. We were steadily progressing and it never became an issue."

Hammett, a local company based in Dodd City, Texas, that was founded in 1963, is now run by Gaylon Hammett, the son of founder Harry Hammett.

"They have a ton of experience moving dirt and they had the right equipment; articulating trucks, excavators and tractors with pans that were beneficial for moving large amounts of earth, and connections in the area for off-road trucking," said Burr. "And they have new equipment. They get so many hours on it, do a swap and get a new unit. You couldn't ask for better – they excelled with performing flex base and cement stabilization." 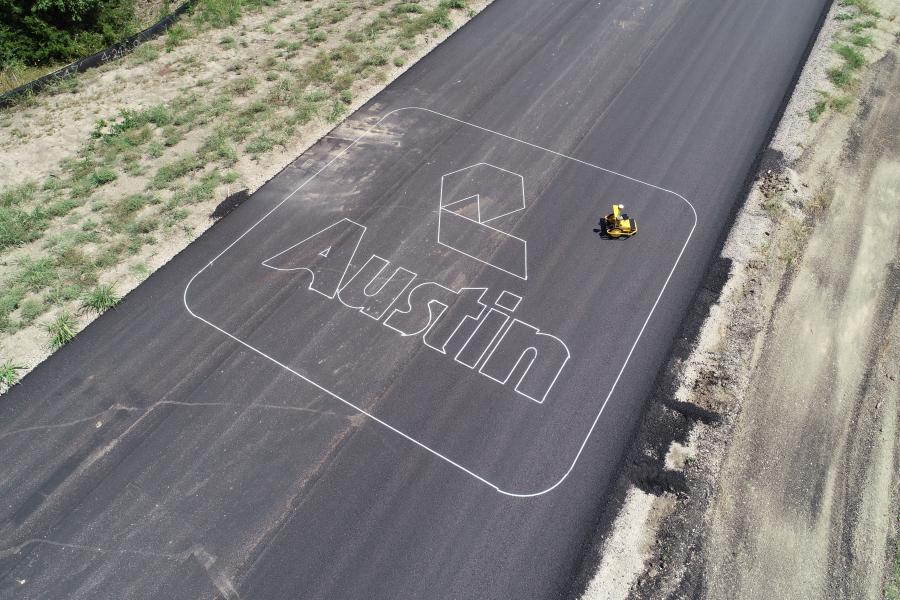 "This was a waste job and what made Hammett a key player was that they owned a bit of land adjacent to the ROW where they could place some and having good contacts in the area, they were able to waste and borrow material from adjacent properties," said Burr. "This allowed them to use articulated trucks in lieu of on-road vehicles and transporting a long distance."

For the earth work, Hammett had GPS-equipped excavators.

The excavation/embankment operations began on the east end, with large cuts and stockpiling. As the work progressed west, large amounts of embankment were encountered. With permission from TxDOT and the county, trees, brush and other materials were burned on-site.

Burr stressed that the paving was "straight forward" and that traffic wasn't a concern, except when operations approached intersections and the tie-in with the end.

"The biggest trouble was getting the balance between Hammett's earth work operation and our hot mix operations," said Burr.