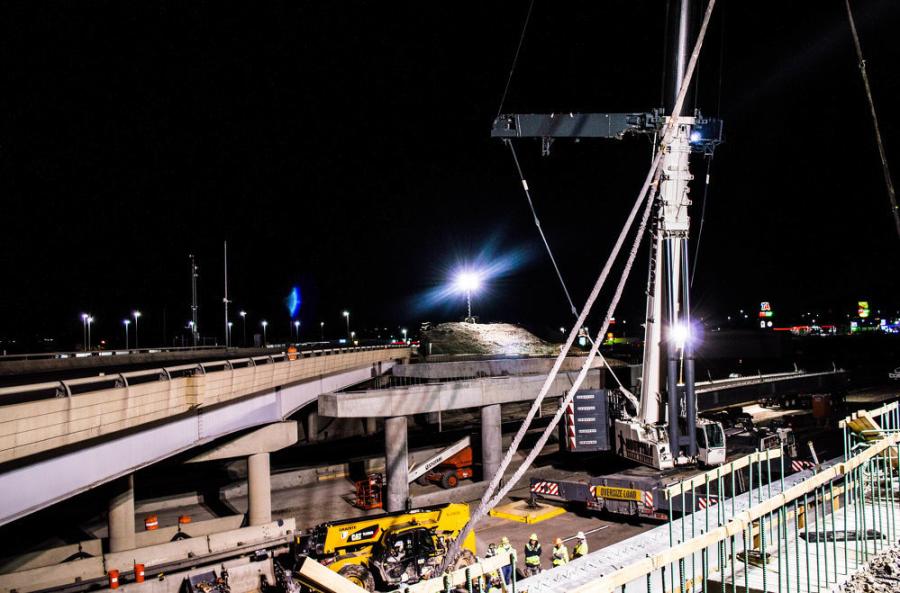 During paving operations, crews put down tack and fabric on top of the bridge deck to help the asphalt adhere to the metal deck.

"This project is upgrading three existing bridges to meet current design specifications," said John Montoya, Utah Department of Transportation (UDOT) project manager. "Once complete, the new bridges will provide a 75-year lifespan and a smoother, more durable drive. The updated bridges will also result in less maintenance to repair deteriorated roadways and subsequent impact to drivers to travel during any maintenance activities." 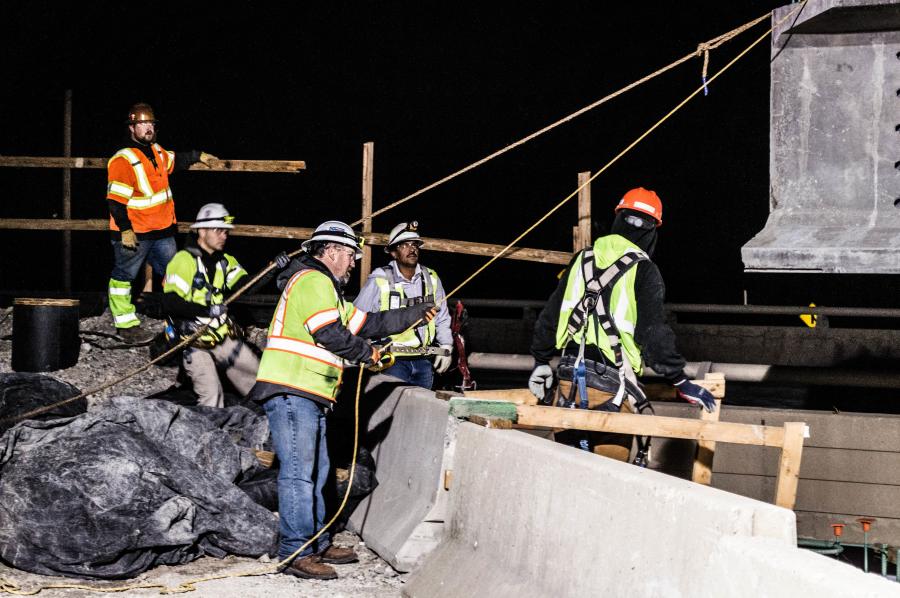 Granite Construction serves as the general contractor on the project, which began in 2018.

The bridges include I-80 eastbound/westbound over UPRR, along with SR 36 over I-80, which was completed in December 2019. Currently, crews are in the process of demolishing the original westbound I-80 bridge. Workers are expected to set new girders, pour the deck and switch traffic to the newly completed westbound I-80 bridge in spring/summer 2020. Once traffic has been switched to the westbound structure, crews will begin reconstruction of the existing eastbound I-80 bridge.

According to Montoya, the roadway had begun to deteriorate significantly, leading to more maintenance in the area. By updating the roadway to meet current design specifications, it will result in less impacts to drivers and an overall more efficient commute.

The temporary structure is the longest bridge that UDOT has launched to date.

"This is a significant contribution, because this method provided a simple, innovative approach that will keep traffic moving during construction," said Montoya. "UDOT's vision is to keep Utah moving, and I-80 serves as a critical connection between Tooele and Salt Lake Counties. Any disruption to traffic on I-80 can result in hours of delay for drivers commuting between the two counties." 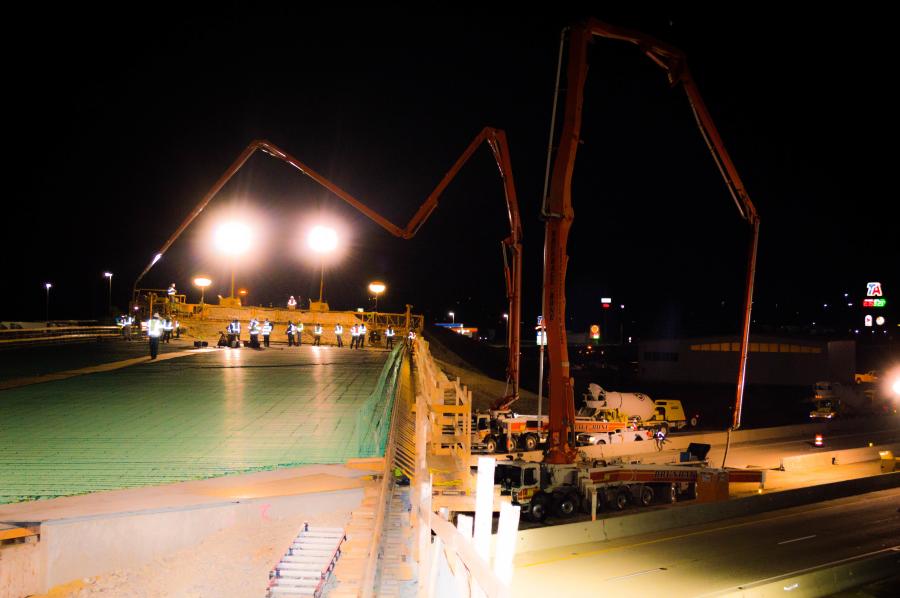 The process took about six weeks. The bridge sections were made in N.J. and the transport involved almost three dozen truckloads of materials, requiring constant contact with the shipping agent.

The foundation supports are supported by deep foundations (16-in. pipe pile), with concrete abutments and concrete footing and column for the middle pier. These were built utilizing conventional methods.

The bridges are a system designed to be easily changed for different sites and different conditions.

Once the substructure was completed, workers leveled the area behind one abutment.

"We installed rollers every 25 feet along the outside supports on both sides," said Montoya. "We then installed all the pins and bolts and assembled the bridge in 20-foot sections. Once we had the detailed length built, we would launch that portion of bridge and then continue building out the bridge."

During paving operations, crews put down tack and fabric on top of the bridge deck to help the asphalt adhere to the metal deck. The decking is metal sheets that are carried with a forklift or other equipment and then lowered into place and bolted to the deck.

During construction, crews are able to work around-the-clock, but activities are structured to avoid morning/afternoon peak travel periods. The project, named for the black rocks found on site, affects roughly 26,000 motorists per day. 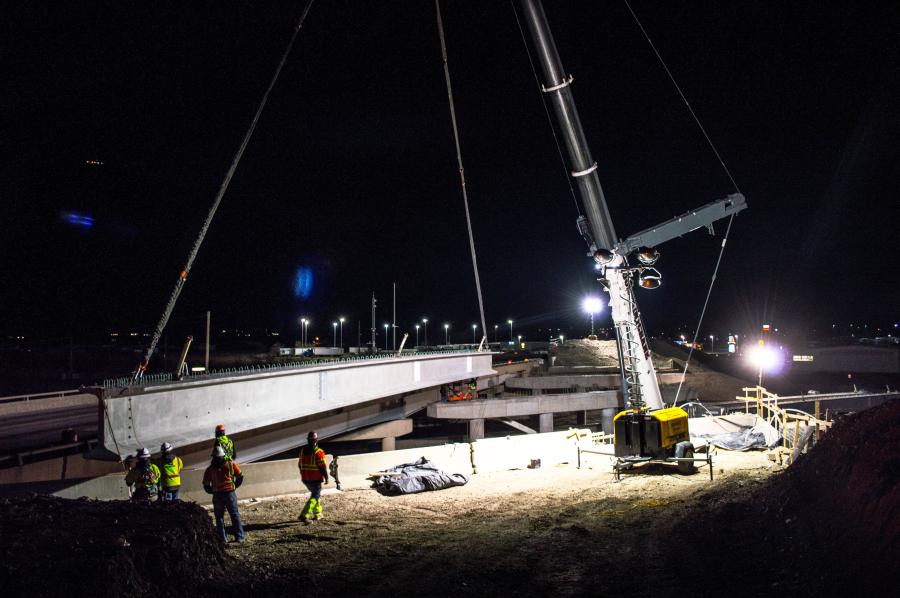 The biggest construction challenges include working with and around Union Pacific Railroad (UPRR) tracks, dealing with wetlands and coping with small work areas. Montoya said overseeing work at a railroad site presents a number of obstacles.

"UPRR does complicate the project, as we have to be very concerned about maintaining their operations at all times. Also, there are trains that are moving in our work zone, so we have to ensure the safety of everyone, as well. We have plans and procedures in place."

In early January, crews began shifting traffic on I-80 over UPRR.

When tearing down and rebuilding bridges, the primary area of focus is always safety to the traveling public and crews. Compliance and coordination with UPRR for the I-80 westbound/eastbound bridges has been a main focus.

"Once complete, the newly constructed bridges will offer up-to-date facilities that meet the latest design specifications for the traveling public," said Montoya. "It will reduce maintenance needs on the road, as well, resulting in less impacts to the public."

According to Montoya, working on a busy stretch of roadway forced crews to install a temporary barrier between the work zone and the traveling public.

"We have lengthy and detailed traffic control plans to help ensure the traveling public gets safely through the area, as well as warning them about upcoming hazards." 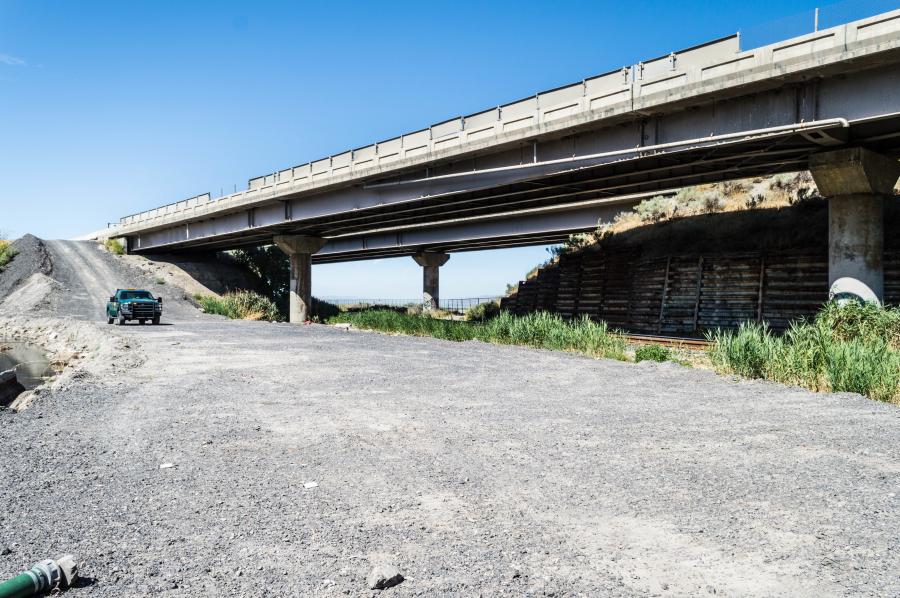 Montoya noted that the elements have not been a significant issue for workers, so far.

"The weather has not impacted the project, as we have planned for weather days and some unplanned events, but it does affect what we can do on a day-to-day basis. We should be able to work around the weather. We will lose some days due to snow and cold, but, overall, we should be able to move forward with our work."