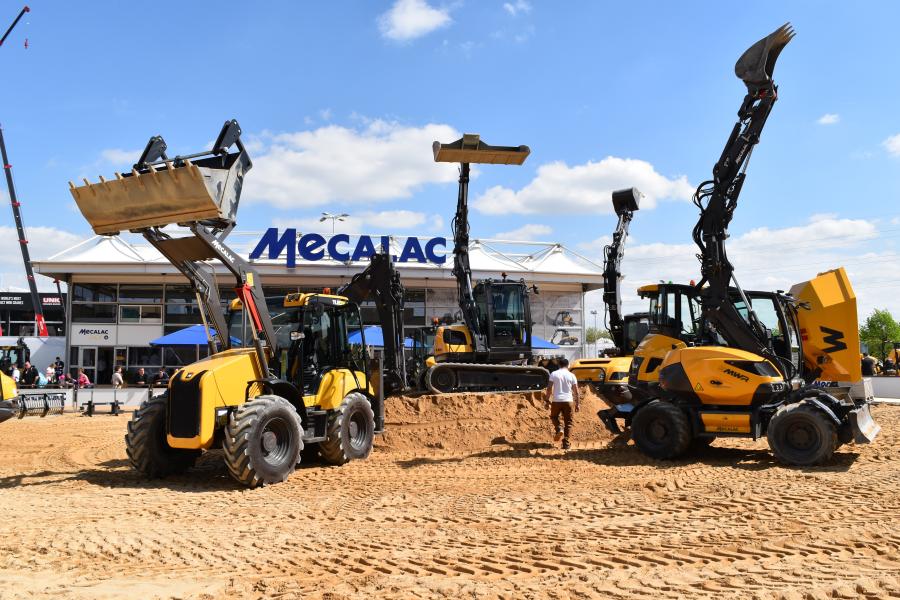 Held on the home turf of Mecalac in France, Intermat 2018 drew hundreds of thousands of attendees from around the world to Paris. But just because this show was in Mecalac's home country of France does not negate the fact that Mecalac is moving quickly with is globalization strategy to have its machines available worldwide.

Mecalac is known in the European market, but the manufacturer is focusing even more on growing the more than 200 dealer network that it currently has. With a hub in Boston and offices across Europe, including but not limited to France, Germany, UK, Turkey, Poland and Italy, it is able to offer dependable service.

Known for its innovative design of products for urban construction sites, Mecalac stood out among the hundreds of manufacturers exhibiting their product lineups for Intermat visitors.

Mecalac had machine presentations every hour to display the diverse capabilities its growing product line has to offer. The display showed Mecalac's compactness and the added value for urban construction sites while the showcase demonstrated just how a fleet of Mecalac equipment can zip around an urban construction site with ease.

Mecalac has a core focus on increasing its service and financing options. A key component of this was advertising the cost of ownership of each machine at the show. Mecalac wants to be an open book on how much it would cost to own these magnificent machines. 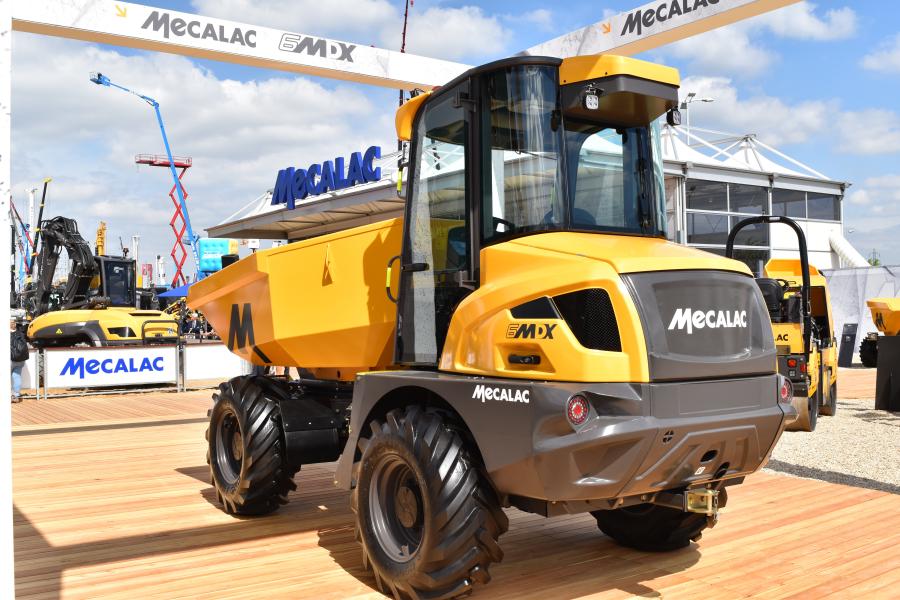 The 6MDX Models 1 and 2 were on full display at Intermat Paris — the first was showcased in Mecalac's Daily Equipment Show while the other was on display for contractors to sit in the cab and take a more detailed look.

Mecalac listened to its operators and the customers that purchase its machines. Companies wanted safer cab dumpers for their operators and Mecalac answered, putting the human being first and foremost while utilizing technologies to enhance the quality of their work with XXL comfort for the well-being and safety of the operator

This is the first design that has come from the Terex Construction Equipment UK purchase. True to its DNA and reputation as a “seeker for simple solutions” and as a visionary with a focus on “practical innovation,” Mecalac has answered the call with the 6MDX and 9MDX cab dumpers.

After the acquisition, the company got started right away to make these new machines have the Mecalac feel of both design and safety. Mecalac was able to take a fresh look at the machine by adding a cab but not compromising the operator visibility.

“The driver is simplified and secure, each of his movements is facilitated and the protection of all individuals onsite is optimized. In terms of relevant innovation, 'less is more' is one of the secrets to Mecalac's success. The subtle changes to this machine may seem simple, but there is no question about the enormous time and energy that Mecalac has invested in the R&D process and adapting the manufacturing process,” the company said.

With the operator safety in mind, the machine has a seat belt and weighted sensors to ensure the operator is strapped in. A light will flash an alert if the drive still has to put on his seatbelt

If the operator is climbing in and out the machine, Mecalac has included the ladder approach to ensure an easier way on and off the machine, making climbs and descents safer and limiting driver fatigue.

A camera is built into the front with sensor controls to help the operator navigate tight urban environments. This sensor can function even if it is covered in mud. The rear has a cast metal shield for optimum shock protection and to protect the interior components to keep job sites up and running.

The unit also includes “butterfly” side doors creating a wide access space, a spring-mounted cab to limit noise and vibrations and advanced dashboard integration standard on the camera screen.

The fuel tank and a service hatch are located in the lower section of the machine, and the cab includes both air conditioning and heating. 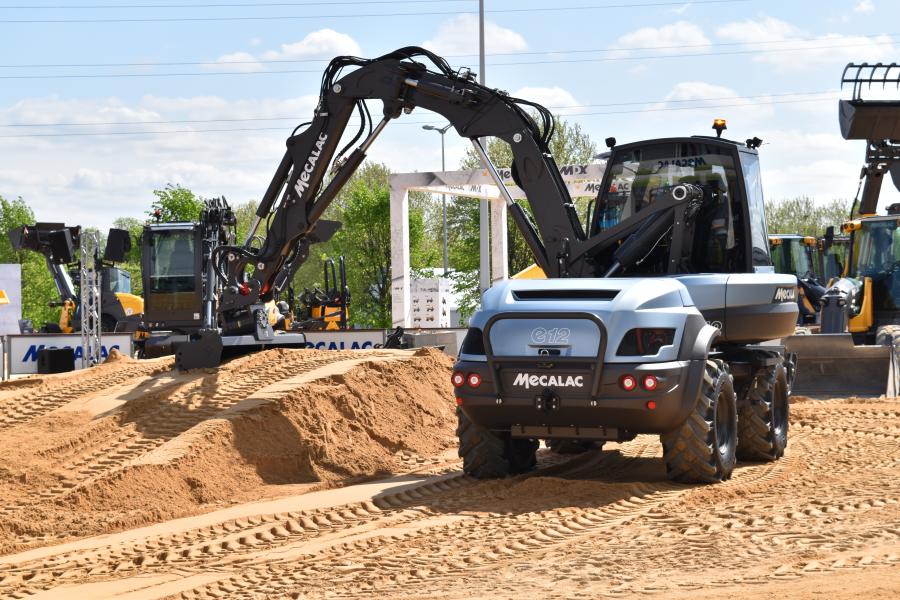 Mecalac showed off the first fully functional prototype of the e12 Electric Excavator at Intermat Paris. The e12 is expected to be in production by mid-2019.

Mecalac utilized its signature design to keep the e12 similar to the original version, the 12MTX.

The e12 showcases enhanced cab visibility, like the other machines in the MTX product line.

With the design, Mecalac is able to fit the LiFePO4 batteries in the rear of the machine without sacrificing any operator visibility. The batteries will provide power for up to eight hours of operation and will require six to seven hours of recharge with 146 kWh, according to the manufacturer.

The LiFePO4 was a logical pick because the Iron and Phosphate technology allow for three times as many charge cycles than others on the market, Mecalac said. In addition, the safety of this battery was very important: no risk of fire or battery leaks.

The e12 drew enormous crowds throughout the week, which included visits from French dignitaries, contractors and dealers. The e12 previously won the Energy Transition Award at the Pre-Intermat Press Conference in January 2018. This helped build the buzz, but seeing the prototype painted a different color drew curiosity from many attendees.

The e12 received the award for its technological and environmental performance as well as the iconic Mecalac design.

Throughout the day, Mecalac would fire up the machine and get it dirty in the demo area. With the loud speakers blaring, it would shut off the PA system and let the onlookers listen to the machine operate. The lack of noise spoke volumes: not only does machine have no emissions, but there also is less noise pollution.

The “e” stands for more than just “Electric”; the “e” also stands for “ecosystem” and “emits nothing” and “emblematic.”