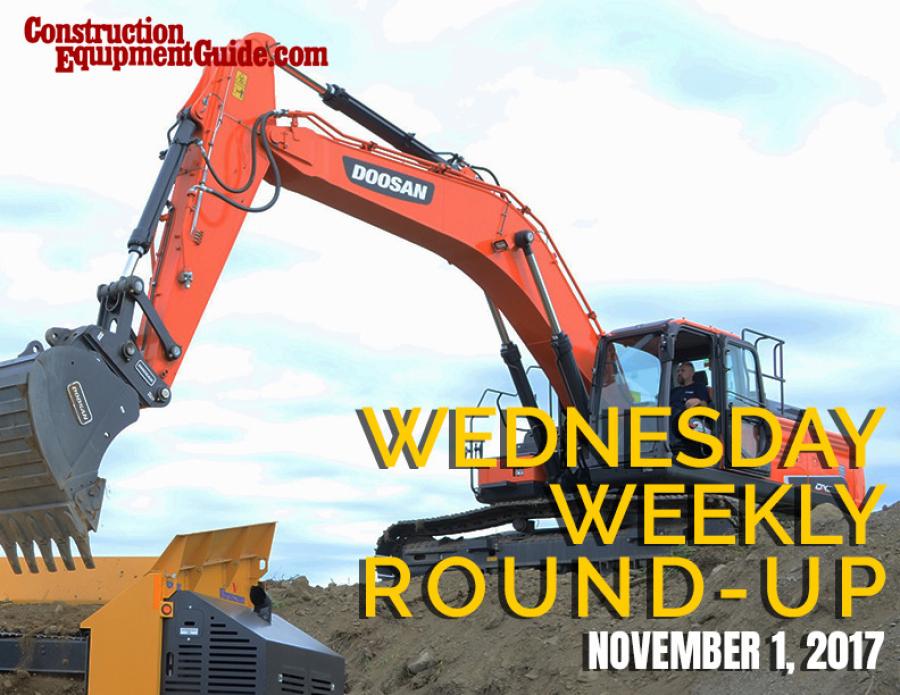 New Mixture Could Strengthen Concrete Up To 15 Percent

Students at MIT have found a way to create stronger and more environmentally-friendly concrete. These students found that substituting just 1.5 percent of concrete with the irradiated plastic can significantly strengthen the material. Concrete is one of the largest producers of carbon dioxide and the team wanted to find a way to strengthen concrete without emitting more greenhouse gases.

CEO and chairman of the Brayman Construction Corporation, Steven Muck, has joined forces with Jeremy Searock, the former technical program manager of Carnegie Mellon University's National Robotics Engineering Center, to find a robotics based solution for the labor shortage problem. The pair created a rebar-tying robot named Tybot. Tybot was recently used in a bridge-building project in Beaver County, Pennsylvania.

On Oct. 29, the head of Puerto Rico's power company said they are cancelling $300 million contract with Whitefish Energy Holdings. The current work by the Whitefish team will not be affected by the cancellation and that work will be completed sometime this November. Roughly 70 percent of the island is without power after Maria hit land on Sept. 20 as a category 4 storm.

The FHWA is offering states additional options by reopening the program that allows tolling on existing interstates to fund improvements and upgrades. The FHWA will consider applications for three slots for the program. The program was originally established in 1998 under the Transportation Equity Act for the 21st Century.

Artificial Intelligence seems to becoming reality and it is no longer a far-fetched concept. The advantages of AI are limitless across the board. The launch of self driving cars means faster mode of transportation and less accidents. The construction industry is starting to use AI to increase efficiency, safety, and quality of construction projects.

Colorado transportation is looking into the possibility of a Rocky Mountain hyperloop to reduce traffic. The hyperloop would be centered at Denver International Airport and stretch about 100 north to Cheyenne, Wyoming, 125 miles south to Pueblo, Colorado, and about 100 miles west to Vail, Colorado. The price tag on this project would be about $24 billion.