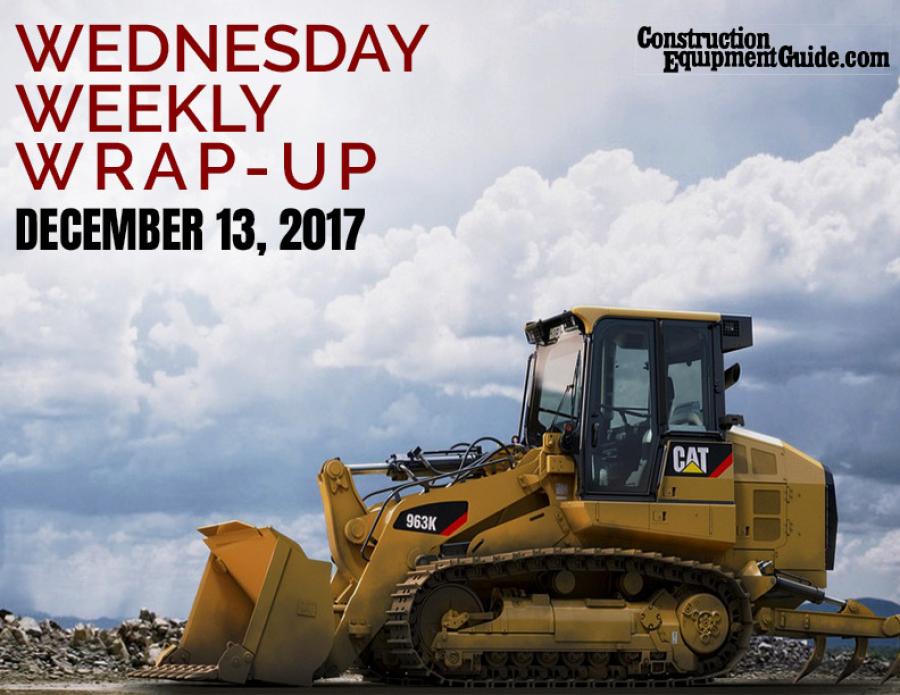 The Atlantic Coast Pipeline, LLC, announced December 9 that it signed project labor agreements with the nation's four leading building and trade unions. The agreements have affirmed the commitment to hiring skilled union workers for the pipeline construction. The four organizations that signed the agreements that will perform the bulk of the construction will consist of workers that are expert laborers, teamsters, operators, and welders.

Martin Weissburg, who is currently the President of Volvo Construction Equipment, will now become the president of Mack Trucks effective June 1, 2018. Weissburg has served as the President since February 2014. He initially started working with the Volvo Group in 2005 and will continue to remain a member of the executive board for the Volvo Group. Weissburg will succeed Dennis Slagle, who has been with the company since 2008.

Disney has released some new details on the gondolas that will connect some of its theme parks and hotels at Disney World. One of the stations will be at the International Gateway at Epcot. The Caribbean Beach Resort will be the station that serves as the hub for the system where guests can transfer from gondola to gondola. It has not been mentioned when the gondolas will open, but the project is part of the expansion of Disney by building new lands in Hollywood Studios and adding more rides in Magic Kingdom and Epcot. The gondolas were rumored for months but were officially brought up in July during an event at Disney.

Messick Farm Equipment has kicked off their 2017 Christmas Light Show in Elizabethtown, PA. This year's show is bigger and better than ever since Messick is celebrating their 5th anniversary of their Christmas light show. The show is free and is open to the public from 6:00-9:30 pm each evening in December through December 30th. The Monday through Thursday evening shows feature five songs, but the Friday through Sunday shows will be four songs to prevent long wait times. In the 4 years that Messick has been doing the Christmas Light Show, they have raised more than $120,657 for local charities.

Harris Blitzer Sports & Entertainment announced a partnership on November 29th with The Buccini/Pollin Group to establish a 76ers Fieldhouse, a multi-purpose sports complex and youth training center in Wilmington, Delaware. The fieldhouse is set to open in the fourth quarter of 2018 and will serve as the home to the Philadelphia 76ers NBA G league affiliate team beginning in the 2018-2019 season. The G League affiliate team will be rebranded next year and will play its home games at the 76ers Fieldhouse. It will house three full-size professional basketball courts, two indoor turf soccer fields, a sports performance and athletic training area, plus retail and office space.