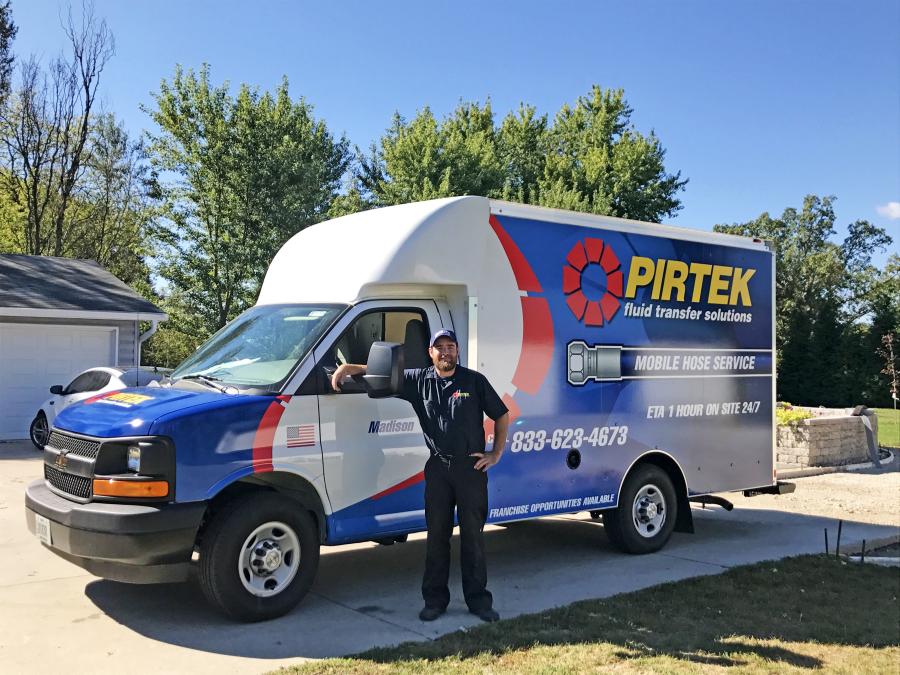 Dylan Rausch, who joined PIRTEK Menomonee Falls, Wis., in 2015, jumped at the opportunity to own his own franchise.

PIRTEK, a fluid transfer solutions company, is continuing its expansion in Wisconsin and across the United States with the opening of PIRTEK Madison. The location opened in October under the company's Tier 2 model, making it the second PIRTEK franchise in the state.

Dylan Rausch, who joined PIRTEK Menomonee Falls, Wis., in 2015, jumped at the opportunity to own his own franchise.

“When I first came aboard PIRTEK, I wasn't completely comfortable considering going out on my own,” said Rausch, who started as a technician before advancing to a manager at PIRTEK Menomonee Falls. “When the Tier 2 opportunity came up, I didn't hesitate, especially now that I have experienced what is required to operate a successful franchise. I certainly appreciate this opportunity.”

Rausch said he will focus on the rental and construction markets in Madison, which is about 75 mi. east of Menomonee Falls. Rausch's location is a mobile-only business, featuring two fully equipped, 24-hour mobile service vehicles. PIRTEK rolled out its Tier 2 mobile-only option in 2016, enabling entrepreneurs to start up a franchise at a lower point of entry. Under Tier 2, a franchisee can keep the inventory in a small warehouse or storage facility and lease two vehicles. The standard Tier 1 model requires a franchisee to have a full service and supply center staffed with six team members and at least two mobile service vehicles. Tier 2 owners are expected to advance to a Tier 1 location in three years.

“I did my homework,” he said. “Now I'm spreading the word that we're not a new company, but part of a worldwide franchising company that's been in existence for more than three decades.”