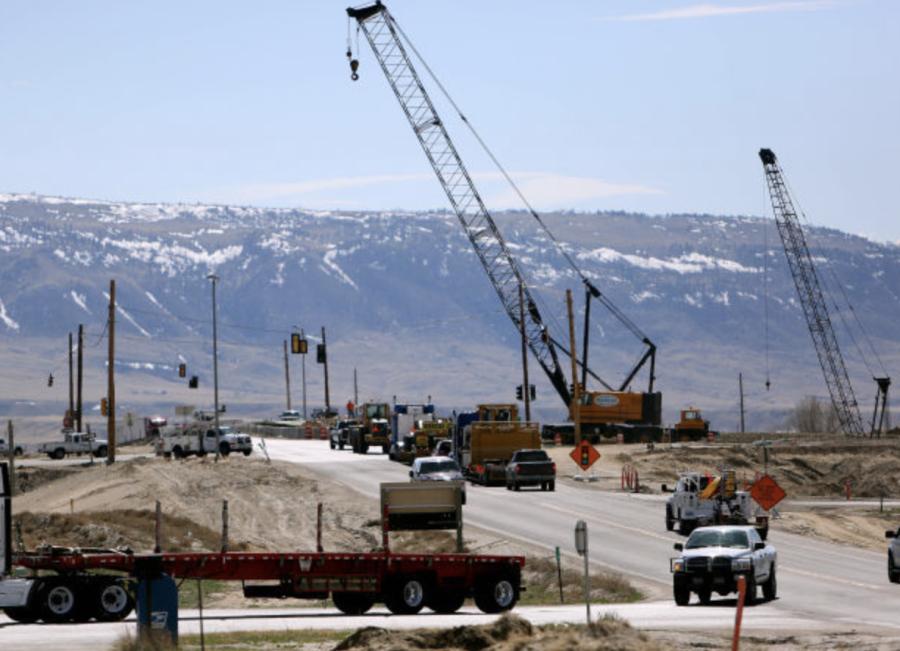 Construction crews will start preliminary work on a $9 million paving and rehabilitation project on 7 mi. via Dan Cepeda via Star-Tribune.

Construction crews will start preliminary work on a $9 million paving and rehabilitation project on 7 mi. (11 km) of Interstate 80 west of Cheyenne this summer.

Crews will be repaving the surface in the east and westbound lanes, said Tim Morton, resident engineer with the Wyoming Department of Transportation in Cheyenne. Crews also will add a material that will help provide better traction and protect the pavement from the elements.

Preliminary work will start this year, but the majority of the work will take place in 2018. During construction, traffic will be down to one lane.

Besides paving, crews will repair eight bridges along that section of interstate. The contract completion date is Oct. 31, 2018.

The rest of the contracts the commission awarded included other road resurfacing, bridge repairs, dynamic sign installation and erosion repair.

S & S Builders of Gillette won a $3.3 million contract to rehabilitate two bridges on I-80 over Lincolnway near Cheyenne. The contract completion date is Oct. 31, 2017.

The commission awarded Hedquist Construction Inc. of Mills a $2.8 million contract for a mill and overlay project on 6 mi. (9.6 km) of WYO 789 between Muddy Gap and Lander in Fremont County. The work also will include bridge deck repairs and new guardrail.

Crews will fix areas on the bridge and repair the pavement. The work is being paid for with 10-cent fuel-tax revenue and is expected to be completed by Oct. 31, 2017.

Mountain Construction Co. of Lovell was the low bidder on a $2.5 million pavement project on 6 mi. of WYO 120 between Thermopolis and Meeteetse in Hot Springs County. The work is being paid for with 10-cent fuel-tax revenue and is expected to be completed by Aug. 31, 2018.

Oftedal Construction Inc. of Casper won a $2.1 million contract to replace existing guardrails on almost 3 mi. (4.8 km) of WYO 220 between Muddy Gap and Casper in Natrona County. Workers will grade the shoulders and build them up to make them wider. The contract completion date is Oct. 31, 2017.

S & S Builders also was the lowest bidder on a $1.9 million bridge rehabilitation project that will include 10 bridges in Campbell, Crook and Johnson counties. Workers will make bridge deck repairs and guardrail upgrades. The contract completion date is June 30, 2018.

• $1 million to Advanced Electric Contracting Inc. of Sheridan for the installation of a new overhead dynamic message sign on I-25 south of Orin and a side mount sign on U.S. 18-20 east of Orin in Converse and Platte counties by Oct. 31, 2017;

• $782,801 to Simon Contractors of Cheyenne for concrete pavement work in several areas in and around Cheyenne on state roads by Oct. 31, 2017; and