Among hurricanes, floods and wildfires alone, 2017 saw more than its share of natural disasters. 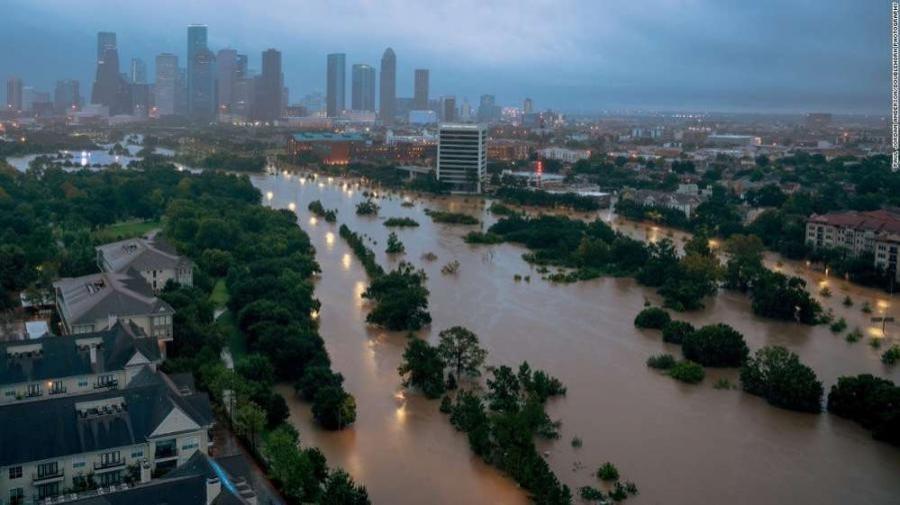 While Southeastern Texas contractors, equipment manufacturers and dealers were ultimately on the front lines of the massive post-Harvey rebuilding effort that was to come, they first had to overcome the initial disaster.

When disaster strikes, the construction industry is notorious for pulling together and helping communities get back on their feet. Among hurricanes, floods and wildfires alone, 2017 saw more than its share of natural disasters. But after each one, industry leaders jumped in, first to demolish the damage, and then to rebuild, helping to make the affected areas even stronger than before.

Here is a look back at some of the disaster relief efforts that made headlines this year:

Texans are tough. As Hurricane Harvey slowly spun toward southeastern Texas, its residents and businesses, particularly those in the Corpus Christi and Houston areas, hunkered down, poised to brace against the storm that would make landfall on Aug. 25.

While Southeastern Texas contractors, equipment manufacturers and dealers were ultimately on the front lines of the massive rebuilding effort that was to come, they first had to overcome the initial disaster.

Local Equipment Dealers Step Up to Help After Irma

Only twice in United States history have two major Hurricanes made landfall back-to-back on the mainland, according to the National Hurricane Center. Just as they had in Texas, local construction equipment dealers in Florida stepped up after Hurricane Irma to do their part to help their communities recover from the storm.

When Hurricane Maria, the devastating category 4 hurricane, made landfall on Puerto Rico on Sept. 20, it spawned what the island's Governor, Ricardo Rossello, deemed a “humanitarian disaster,” impacting the lives of 3.4 million U.S. citizens there. Months later, the work to restore the island continues, but it is a slow process that will not likely be over soon.

As 51 wildland fires burn in the western United States, heavy equipment is playing a big role in helping fire fighters contain the flames.

“The biggest fires are in Oregon, Washington and Montana,” said Jessica Gardetto, spokesman for the National Interagency Fire Center, headquartered in Idaho and a former wildland firefighter. “We also have some in Idaho and California. The Chetco Bar fire in southern Oregon started on July 12 and has been burning for more than a month. The estimated containment isn't until October 15. That gives you an idea just how fast they are and they are burning in such thick dry vegetation that they are difficult to put out.”

The California Department of Transportation (Caltrans) has determined that the best way to repair and ultimately reopen coastal Highway 1 at Mud Creek near Big Sur is to build a road over the massive landslide covering a quarter mi. of the highway. Mud Creek is in the southern portion of Big Sur State Park. During the mudslide, debris fell from as high as 1,000 ft. above the highway, creating 16 acres of new beachfront that now extends 250 ft. beyond the shoreline into the Pacific.