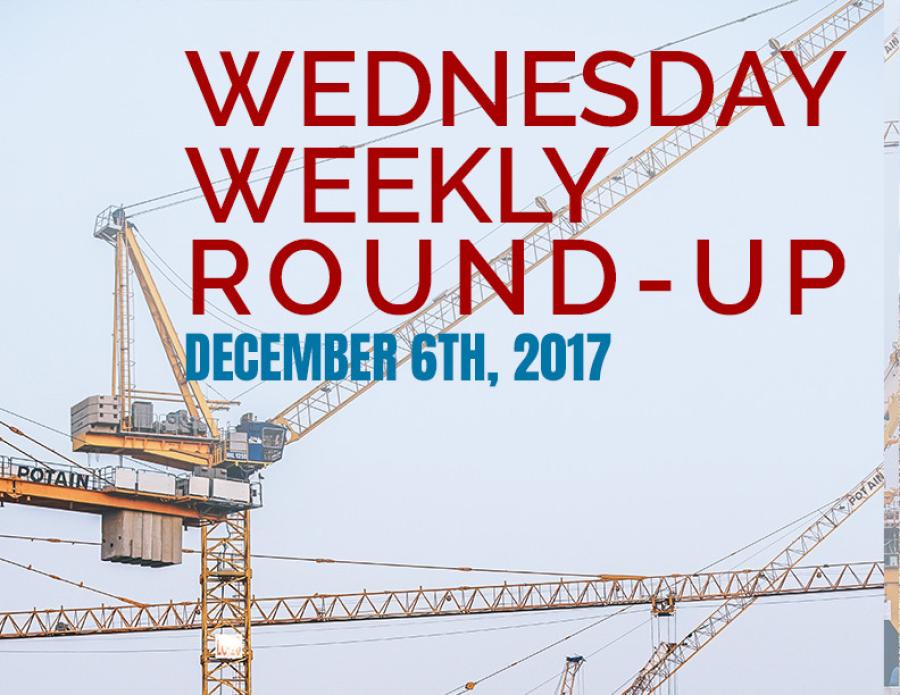 Blasts Fails To Bring Down Upper Section Of Silverdome

In Pontiac, Michigan, a partial implosion of the Silverdome, the former home of the Detroit Lions, failed to bring down the upper section of the dome. The complete demolition was intended for December 3. The stadium could still fall, but it is unclear when that might happen. Unless gravity causes the building to fall, excavators will start taking down the stadium this week. The Detroit Lions played in Detroit from 1975 through 2001. The Silverdome is also the former home of the NBA's Detroit Pistons.

The construction has wrapped on a replica of an 11th-century Viking house on the University of Wisconsin-Green Bay's campus. This project has been under construction for the past month and now that it is complete, UW-Green Bay is now on the map for one of the only campuses worldwide with such a structure. The house will be a living museum and a hands-on learning experience for students. The space will eventually be used for students and community members to participate in classes and projects.

Caterpillar people demonstrate passion and take on any challenge. Today, the company is celebrating members of the team who have worked at Caterpillar for 45 years. When the employees were asked to share their thoughts on what has made an impact on them during their career, all of their responses were full of pride. Pride in their teams and pride in their products. Check out the full article for more responses from employees!

Observation Tower To Be Built On S.C.'s Highest Point

Officials say that construction of an observation tower that will provide a 360-degree view from South Carolina's highest point is scheduled to begin. Construction on the Sassafras Mountain was scheduled to begin November 27 and the $1 million bid for the project has been accepted.The construction project straddles the South Carolina-North Carolina border and is located about 20 miles north of Pickens. The project could be completed as early as May 2018, but that all depends on the weather.

The U.S. Transportation infrastructure market is anticipating a slight increase next year after a 2.8 percent drop in 2017. Total transportation market is forecasted to reach $255 billion in 2018, a year-on-year increase of 3.2 percent. The largest growth is anticipated in California, Florida, Hawaii, New York, Virginia, and Washington. Even though the overall U.S. transportation infrastructure market will see modest growth in 2018, the situation will likely vary significantly by state and region.