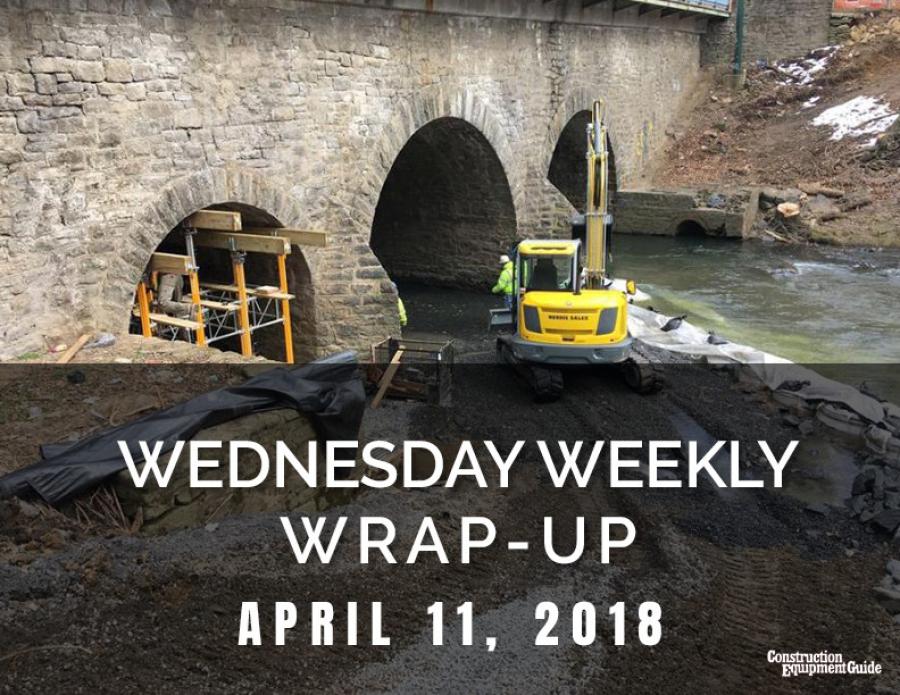 As sea levels rise in Hawaii, the beaches and roads are taking a hit. In 2016, the waters on Oahu's Windward Coast ripped off two big pieces of the Kamehameha Highway, one of the top freeways for scenic views in Oahu. Crews performed repairs, but the fix isn't permanent. The state needs about $7.5 million for every mile of highway constructed and an additional $40 million for every mile of affected bridge. Fifteen percent of all state roads are at risk for erosion and a plan outlining action steps will be released in June 2019.

A new stadium that will serve the most decorated franchise in U.S. soccer history is nearing completion in the District of Columbia. Audi Field will be the new home of D.C. United and will include 500,000 square feet of retail and residential space onsite. Fans and members of the community have waited more than two decades for a permanent home for the team. As of January 2018, crews hooked the final piece of structural steel to a large crane and hoisted it to the top of the structure. D.C. United's inaugural game at Audi Field is scheduled for July 14 against the Vancouver Whitecaps.

The oldest bridge still in vehicular use in the United States is undergoing rehabilitation to restore it for future use. The U.S. 13 (Frankford Avenue) bridge runs over Pennypack creek in Philadelphia, Pennsylvania. It is the first of seven structurally deficient Pennsylvania bridges to enter a rehabilitation phase through PennDOT. The Frankford Avenue project began on March 26 and will continue through the end of August and cost approximately $3.2 million. Lotus Construction, Inc. was the overall winner of the contract for the seven bridges, costing a total of $7.2 million. The bridge was originally built in 1697 and reconstructed in 1893.

Reconstruction of I-75 Interchange To Improve Safety, Visibility

Work began last August on the Georgia Department of Transportation's $49 million reconstruction of I-75 Exits 29 and 22 in Lowndes County. This reconstruction will improve traffic flow and capacity and increase visibility for drivers exiting the ramps. The GDOT is spending close to $40 million in southwest Georgia on bridge replacements, which is providing jobs for many general contractors, both large and small.

The city of Birmingham, Alabama has committed $90 million to renovate a downtown stadium and arena over the course of 30 years. The Birmingham City Council will contribute $3 million annually toward the expansion of the Birmingham-Jefferson Convention Complex, which contains the 19,000-seat Legacy Arena. Improvements to Legacy Arena include new luxury suites, a club lounge, upgraded concession stands, expansion of the concourse, and exterior updates.