Off-Highway trucks, Off-Road trucks, Mining trucks, Haul trucks, whatever you call them, they are larger than ever and getting bigger with every generation.

Off-highway trucks are continuously getting larger and stronger to handle the harshest working conditions across the world. Here we highlight a few of the largest. 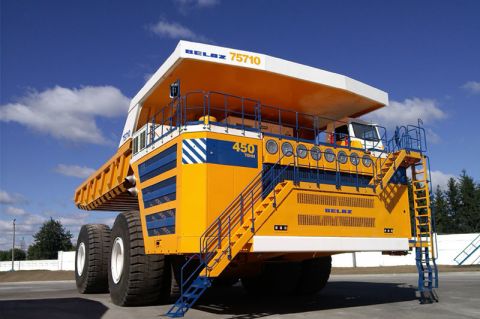 The BelAZ 75710 is currently the largest haul truck in the world. This dual-engine truck was developed by the Belarusian company Belaz and has a payload capacity of 450 metric tons. This makes it capable of hauling large amounts of heavy materials, such as coal and ore, from mining sites to processing facilities.

The Belaz 75710 is powered by a 16-cylinder diesel engine that produces over 4,600 horsepower. It measures almost 21 meters in length and 8.16 meters in width, making it an imposing presence on the roads. It also has a top speed of 64 km/h, allowing it to quickly transport materials to their destination. The Belaz 75710 is also designed to be environmentally friendly, with a focus on reducing emissions and fuel consumption. 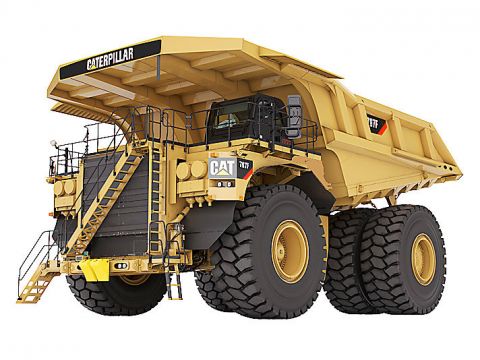 The Cat 797F is a mining truck manufactured by Caterpillar Inc. It is part of the 797 series, which is known for its massive size and impressive hauling capabilities at 400 tons. The 797F features a gross vehicle weight of over 690,000 pounds, making it one of the largest trucks in the world. It is powered by a powerful Cat C175-20 engine, which provides 2,300 horsepower and 13,500 lb-ft of torque, allowing it to easily navigate challenging terrain and haul massive loads.

In addition to its impressive size and power, the Cat 797F also boasts advanced technology and safety features. It is equipped with a state-of-the-art operator cab, which provides a comfortable and safe work environment for the driver. The truck also has advanced sensors and monitoring systems, which provide real-time information on the truck's performance and help prevent potential problems. Overall, the Cat 797F is a reliable and powerful mining truck that is designed to handle the toughest mining conditions. 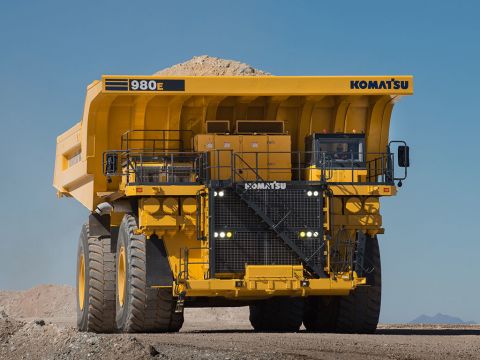 The Komatsu 980E-4 is a electric drive mining truck built to operate in the tough conditions of the Canadian oil sands, and similar conditions around the world, and is designed to handle heavy loads with ease. It has a massive payload capacity of up to 400 tons, making it ideal for use in large-scale mining operations. The 980E-4 is equipped with a high-performance engine that provides exceptional power and fuel efficiency, allowing it to tackle even the most demanding tasks.

In addition to its impressive payload capacity, the 980E-4 also boasts a number of other advanced features that make it a top choice for mining professionals. It has a high-strength frame and suspension system that provides superior stability and durability, even in the most challenging conditions. The truck also comes equipped with a state-of-the-art operator cab that provides a comfortable and safe working environment for the operator.

In addition to its impressive power and payload capacity, the 980E-4 also features advanced technology to improve efficiency and safety. It is equipped with Komatsu's advanced KOMTRAX telematics system, which provides real-time data on the truck's performance and location. It also has an automated transmission that allows the operator to easily shift gears and control the truck's speed, improving productivity and reducing fatigue. Overall, the 980E-4 is a powerful and versatile machine that is essential for mining operations. 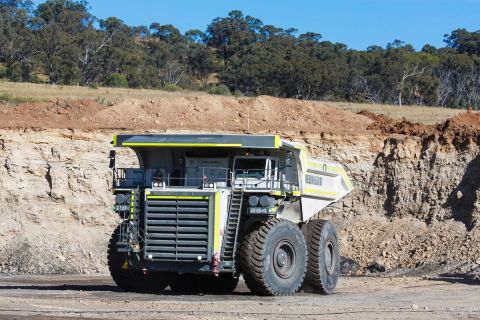 The Liebherr T284 is the next advance after the T282C that is a mining truck known for its exceptional performance and durability. With a payload capacity of up to 400 tons, this truck is capable of handling the heaviest loads in the mining industry. Its powerful engines and advanced hydraulics enable it to tackle even the toughest terrains, making it a reliable choice for mining operations around the world.

In addition to its impressive payload capacity, the Liebherr T284 also boasts a number of advanced features that make it a top-choice for mining companies. Its advanced load-sensing hydraulics provide superior traction and stability, while its state-of-the-art cabin design ensures operator comfort and safety. Additionally, the truck has a comprehensive maintenance and repair system that ensures it stays in top condition for maximum uptime and productivity. 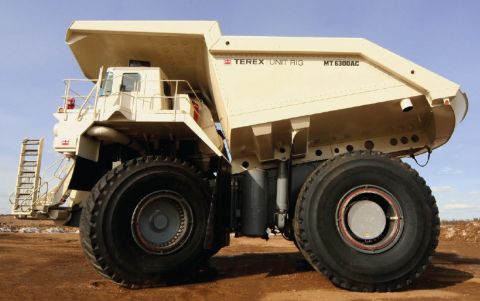 Introduced by Terex in 2008, this 400-ton payload truck was rebranded as Bucyrus in early 2010. It became a part of the Caterpillar Unit Rig line when Caterpillar bought Bucyrus in late 2010. It sports a 20-cylinder, 4-stroke diesel engine with a power output of 3,750HP.

The Terex MT6300AC is a powerful mining truck that is designed for use in heavy-duty mining operations. It has a large capacity of up to 400 short tons, making it suitable for hauling large amounts of materials. The truck is powered by a powerful diesel engine, which provides it with ample power and torque to handle the toughest mining tasks.

One of the standout features of the Terex MT6300AC is its advanced suspension system. This system allows the truck to maintain a smooth and stable ride, even when carrying heavy loads. Additionally, the truck is equipped with a state-of-the-art cab design, which provides the operator with a comfortable and ergonomic working environment. Other features include a robust and durable construction, as well as a range of safety features to protect the operator and the truck. 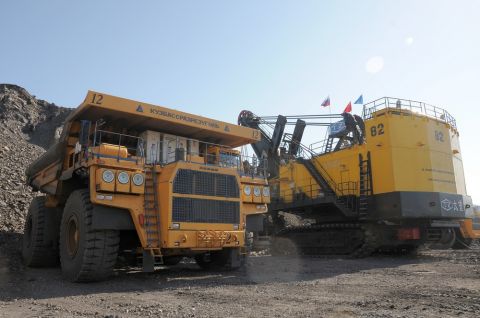 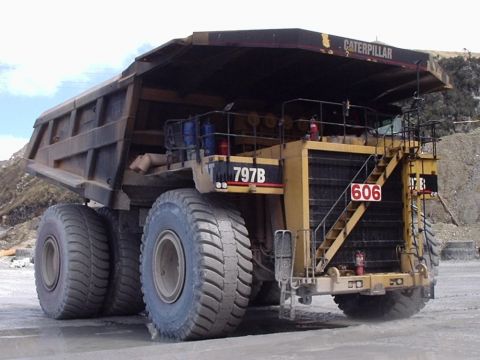 The Caterpillar 797B is the predecessor to the 797F and second in the 797 ultra class line of off-highway, haul trucks. It is rated to haul up to 380 tons and built for mining and heavy-duty construction applications around the world. The B model increased payload and engine power over the original 797.